India Abstains from Voting at UNHCR in Geneva on Sri Lanka Resolution, Says Govt Must Fulfil Its Commitment in Accordance with 13th Amendment

China and Pakistan voted against the resolution. Although India abstained from voting it, however, reiterated its position in a statement made by first secretary Pawan Badhe in the council. 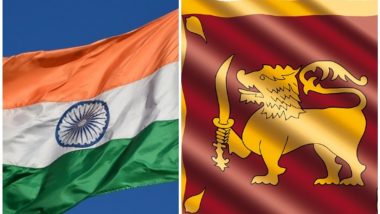 Geneva, March 23: India along with 13 other countries abstained from voting at UN Human Rights Council in Geneva on the Sri Lanka resolution titled 'Promotion of Reconciliation Accountability and Human Rights in Sri Lanka'. The resolution, however, was adopted by the council as 22 countries out of 47 voted in in its favour.

The resolution was brought after the Office of the UN High Commissioner for Human Rights earlier in January released a damning report on gross rights violations in Lanka. China and Pakistan voted against the resolution. Although India abstained from voting it, however, reiterated its position in a statement made by first secretary Pawan Badhe in the council.

He said, "India's approach to the question of human rights in Sri Lanka is guided by the two fundamental considerations of support to the Tamils of Sri Lanka for equality, justice, dignity and peace, and ensuring the unity, stability and territorial integrity of Sri Lanka."

"We have always believed that these two goals are mutually supportive and Sri Lanka's progress is best assured by simultaneously addressing both the objectives," the statement said.

India backed the call by the international community for the Government of Sri Lanka to fulfil its commitments on the devolution of political authority, early holding of elections for Provincial Councils in accordance with the 13th amendment to the Sri Lankan Constitution.

India's decision at UNHRC is bound to have an effect on poll bound Southern Indian state of Tamil Nadu, mainstream political parties AIDMK and DMK had earlier urged the centre to support the resolution.