For lawmakers and intelligence and military personnel working on unexplained aerial phenomena, the bigger concern is that a foreign adversary like Russia or China might be fielding some kind of next-generation technology in American airspace that the US doesn't know about. 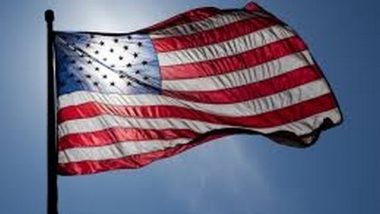 Washington, June 26: The US intelligence community on Friday (local time) released its long-awaited report on a series of unidentified flying objects (UFOs) that have been seen moving through restricted military airspace over the last several decades.

The unclassified document marks one of the first times the US government has publicly acknowledged that these strange aerial sightings by Navy pilots and others are worthy of legitimate scrutiny, reported CNN.

The report examined 144 reports of what the government terms "unidentified aerial phenomenon". The investigators found no evidence that the sightings represented either extraterrestrial life or a major technological advancement by a foreign adversary like Russia or China. Do UFO and Aliens Exist? Final Report by US Intelligence Does Not Rule Out Possibility of Extraterrestrial Spacecraft, Says Only One of 144 Sightings Can Be Explained.

"Of the 144 reports we are dealing with here, we have no clear indications that there is any non-terrestrial explanation for them -- but we will go wherever the data takes us," a senior US official said.

"We absolutely do believe what we're seeing are not simply sensor artifacts. These are things that physically exist," the official said, noting that 80 of the reported incidents included data from multiple sensors.

According to CNN, the US government finally appears to be taking seriously what has for so long been considered a fringe issue, after years of infighting, including bureaucratic battles within the Pentagon and pressure from certain members of Congress.

For lawmakers and intelligence and military personnel working on unexplained aerial phenomena, the bigger concern is that a foreign adversary like Russia or China might be fielding some kind of next-generation technology in American airspace that the US doesn't know about.

"For years, the men and women we trust to defend our country reported encounters with unidentified aircraft that had superior capabilities, and for years their concerns were often ignored and ridiculed," Republican Senator Marco Rubio of Florida, the Vice-Chair of the Senate Intelligence Committee, said in a statement on Friday.

"This report is an important first step in cataloguing these incidents, but it is just a first step. The Defense Department and Intelligence Community have a lot of work to do before we can actually understand whether these aerial threats present a serious national security concern," said Rubio.

The intelligence community would not want to reveal what it does and doesn't know, in case the sightings were the result of Chinese or Russian technology. Even as sightings of unexplainable objects rose into the hundreds, Pentagon officials wrestled with how much time and resources to devote to investigating them.

Most of the 144 sightings covered in the report were recorded by US Navy pilots, although there were some reports from other US government sources -- a clear "reporting bias" in the data set investigators examined, the US official said. UFO Sighting: Pentagon Believes Aliens Exist and They Might Have The Evidence To Prove It.

Congressional sources who have seen the classified version of the report have already expressed disappointment there's not more of an explanation to the episodes, saying that the report raises more questions than it answers, according to CNN.

The government almost certainly wouldn't have moved to produce the report without public pressure from key lawmakers, as both Republicans and Democrats have taken an interest in the matter, according to multiple sources.