Nanox Delivers on Their Promise at RSNA, and Much More

The live presentation went on (we know it was live because Ran made a point of Bloomberg TV running live in the background for evidence) with Ran demonstrating the systems in action and the radiologists on-premise providing commentary on how solid the clinical value of the scans was. 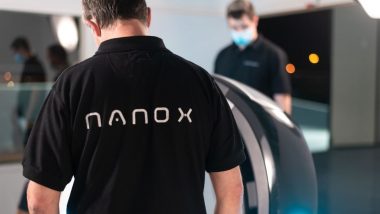 Thousands of attendees from around the world have applauded online when Ran Poliakine, Nanox CEO, has delivered a stunning live demonstration of the Nanox.ARC futuristic prototype, and gave us all a glimpse into a better future of healthcare

I will start from the end; Ran Poliakine has indeed crushed all allegations against Nanox and proven them to be nothing more than stock price manipulations by short traders. If Nanox delivers on the global deployment vision as well as it has performed in this demonstration, it will mean a game changing standard-of-care on a global scale for billions of people.

Back to the RSNA event. With all the controversy built in the recent two months with allegations against Nanox by short-sellers’ reports, at five minutes to 10:30 CST today, you could literally cut the tension with a knife.

September this year, the Nanox stock (NASDAQ:NNOX) took a nosedive when short traders Citron and Muddy Waters claimed Nanox (www.nanox.vision) had no viable product or technology. Nanox CEO, Ran Poliakine, back-stated that he is going to “crush” all allegations in a Bloomberg  interview he gave on October 2nd. The official ‘showdown’ was set to RSNA 2020 conference, today at 10:30 CST (whilst it could have been epic if this gunfight was set to high noon).

Before addressing functionality, I want to point out that  Nanox.AR is simply stunning. It is significantly smaller than conventional CTs, weighs reportedly 440 pounds vs. over 3,300 pounds of a basic tomography system, and most of all, it is quiet and respectful of my claustrophobic tendencies. This prototype literally looks like it was hijacked from the future. 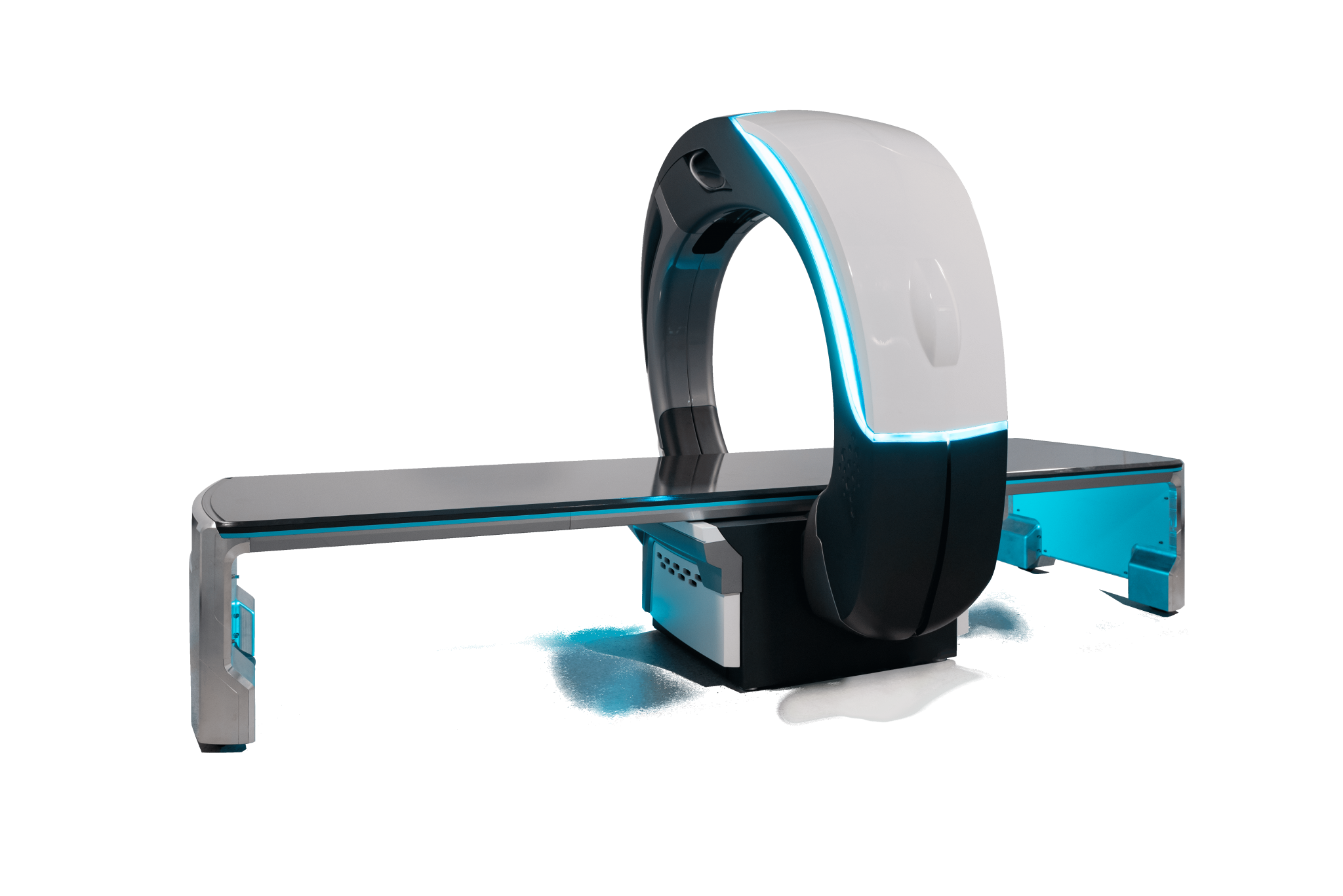 Ran Poliakine started (a la Steve Jobs) with telling the audience about the Nanox vision, showing a Nanox digital X-ray tube while comparing it to a legacy one which is four times larger, a hundred times more expensive and apparently can bleed a small city dry of its electricity when used.

The tube is the core Nanox product. It is an enabler for a new breed of medical imaging systems that will be smaller, cheaper, easier to operate and globally available at no cost.

Such novel devices can be produced by any imaging vendor and Nanox intends to partner with the large players (such as their FUJI contract), or buy systems that will be adapted to their tube or build their own Nanox.ARC. Either one of these routes, or all combined, will bring Nanox close to realizing their vision of democratizing high-end medical imaging for all.

But this is not all.

The main part of the Nanox vision is that all these thousands of scanners planned to deploy globally will be interconnected via a cloud network to provide real-time information for physicians and health ministries for early detection of medical conditions and early alerts of potentially hazardous health trends around the world. 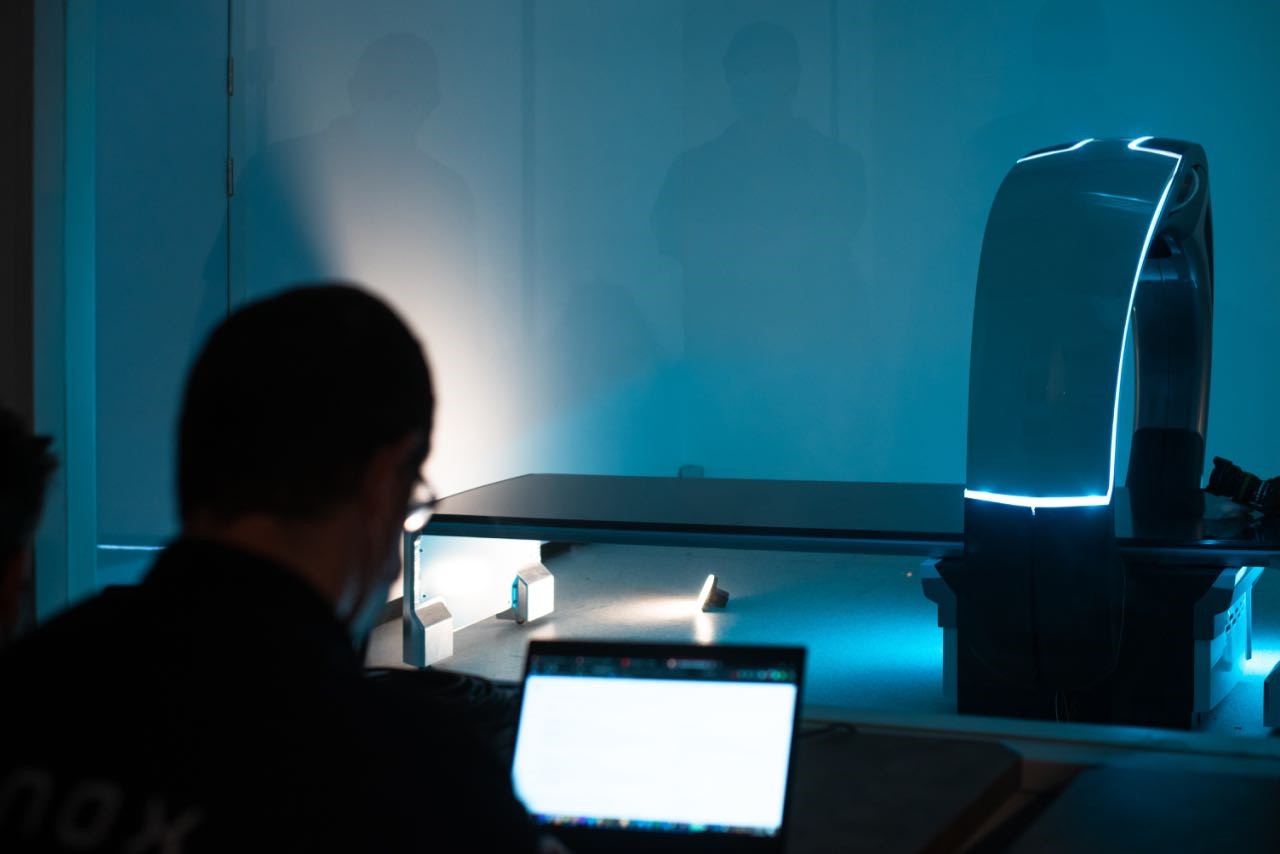 By way of example, COVID-19 would have appeared on the Nanox.CLOUD as a red dot over China’s geographical map alerting to a potential pandemic threat months ahead of the outbreak becoming a global surprise.

The idea is ingenious and Ran Poliakine was calling the major players to join him on this quest.

The live presentation went on (we know it was live because Ran made a point of Bloomberg TV running live in the background for evidence) with Ran demonstrating the systems in action and the radiologists on-premise providing commentary on how solid the clinical value of the scans was.

Ran has scanned his own hand to demonstrate safety (which was impressive) and made it clear that the revolution he presents is not in the image itself, “…the x-ray is the same x-ray…”, but in the fact that these images were taken using a digital source for the first time in 125 years since the invention of x-ray.

The impressive thing was Ran has demonstrated multiple modalities including 2D-Xray, 3D Tomosynthesis and even CT like axial scanning (presented as a simulation to an 11-source ARC), all within one system that costs “tens of thousands of dollars to manufacture instead of millions of dollars spears across several separate imaging machines to do the same thing.

Add to this that Nanox’s MSaaS (Medical Screening as a Service) business model is to provide this system for free on a mass scale in each country, and you get a global deployment of a medical imaging network on an unprecedented scale.

Top industry radiologists from Stanford and Duke universities have publicly supported the company’s technology naming it a “Game Changer” on record, and the overall public chatter about Nanox was extremely positive at RSNA.

Nanox aims to deploy 15,000 systems during the next three  years and we will be watching closely as the story develops.

(The above story first appeared on LatestLY on Dec 03, 2020 10:20 PM IST. For more news and updates on politics, world, sports, entertainment and lifestyle, log on to our website latestly.com).