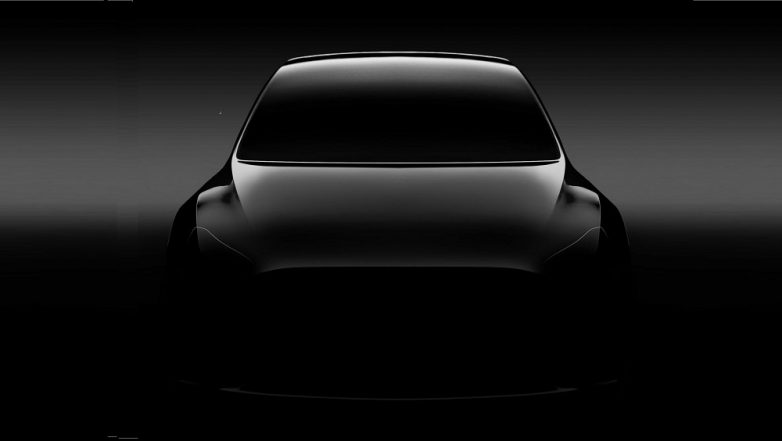 Los Angeles, March 4: Tesla CEO Elon Musk took to Twitter to announce his plans of introducing the "Model Y" electric crossover here on March 14. Model Y unveil event on March 14 at the LA Design Studio. Detailed specs and pricing will be provided, as well as test rides in Y," Musk tweeted on Sunday. Tesla's LA Design Studio is adjacent to Musk's rocket company -- SpaceX in Hawthorne, California. Tesla Model 3 Sedan With 220 Miles Range Launched at $35,000; Will Be Sold Online Only.

In response to questions from some of his 25 million followers on Twitter, he confirmed that the new vehicle would have "normal" doors rather than the complex and troublesome "falcon wing" variety used on the "X" model, a report by Forbes noted.

This announcement comes after Musk recently declared his plans of selling a base version of the "Model 3" electric sedan for $35,000.