The FATF and the Future of Pakistan’s Economy

Moreover, there is a considerable possibility of Pakistan being pulled down to the blacklist from the grey list. If operationalised, it will prove to be catastrophic for the country’s already staggering economy amid political instability. 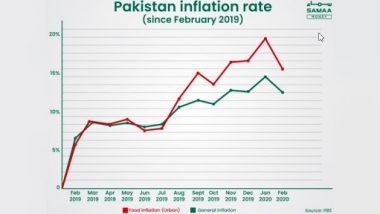 With the Financial Action Task Force (FATF) set to having its February 19-21 Plenary to assess Pakistan’s progress, the situation does not seem to be favourable for the South Asian country given its insufficient progress towards addressing and curbing issues related to financing terrorist organisations. Moreover, there is a considerable possibility of Pakistan being pulled down to the blacklist from the grey list. If operationalised, it will prove to be catastrophic for the country’s already staggering economy amid political instability.

FATF president Marcus Pleyer stated during October’s review in 2020 that there were “very serious deficiencies” in Pakistan’s efforts to effectively address terror financing.

If Pakistan’s status will be further demoted, it can be expected that the country will face considerable difficulties and challenges in order to access financial assistance from global economic institutions such as the International Monetary Fund (IMF). Furthermore, applying pressure on Pakistan will adjacently put China under the spotlight given that the former will have to disclose all details about the China-Pakistan Economic Corridor (CPEC) to the IMF. Considering the lack of transparency involved

in the CPEC, China may have no choice but to withdraw from the mega-project instead of carrying the heavy implications brought by Pakistan’s economic woes.

Pakistan’s total debt and liabilities has surged to Rs 44.5 trillion, which is equivalent to 106.8 percent of its GDP till the end June, 2020. Moreover, it is not only debt and liabilities receiving increasing trends; in fact, the country’s overall balance of payment position has also worsened. Pakistan’s economy is critically dependent on foreign investments and remittances. While still being in the FATF grey list, Pakistan has already been facing significant obstacles in getting financial aid from global institutions such as the IMF, World Bank, Asian Development Bank, and the European Union.

The IMF highlighted that if Pakistan gets demoted to the blacklist, it will have grave implications for capital inflows to the country. Accordingly, after its team visited Pakistan, the IMF pointed out that “A potential blacklisting by FATF can result in a freeze of capital flows and lower investment to Pakistan.” The IMF report has also noted potential risks of FATF blacklisting, which include the freezing of capital flows to Pakistan, slow progress in refinancing or re-profiling loans from major bilateral creditors, and increasing headwinds from a weaker global economic backdrop.

In the past, Islamabad has witnessed how FATF ratings can make a huge economic impact. In October 2020, Pakistan Stock Exchange crashed over reports of the FATF’s strict actions. In March 2020, Pakistan’s economy witnessed a major setback as all major and key sectors saw a contraction of 0.59 percent in 2019-20. Moreover, on January 15, 2021, the stock market saw a loss of 58 points when the news of Pakistan’s compliance with the 27 agenda action plan came out.

Pakistan was first put in the FATF grey list in 2012 – with the US playing active role – and remained there until 2015. Additionally, it was put in the grey list in 2018. Interestingly, Pakistan’s parliament rejected two bills related to the FATF. Accordingly, Imran Khan stated that Pakistani leaders were “desperate to save their corrupt money by trying to prevent parliament from functioning".

Pakistan’s inclusion into the blacklist will bring serious and devastating effects to its national economy. In fact, Pakistani Prime Minister Imran Khan has expressed fear that blacklisting the country will lead to higher levels of inflation and the fall of the Pakistani Rupee will spell disaster for the already ailing economy. In line with this, according to Pakistan Bureau of Statistics, inflation rate has risen to 14.6 percent in January 2020 from 12.6 percent of the previous month. This makes it the highest in the past twelve years.

In the past, China has constantly protected Pakistan’s status in the FATF; however, if the situation persists, it will be unlikely for Islamabad’s all-weather friend to come to the rescue. This is mainly because Pakistan is becoming a major liability for China. The IMF loans will expose China’s lack of transparency with its dealings under the CPEC – which is a part of greater Belt Road Initiative, (BRI). With the BRI already receiving a significant amount of criticism from governments in Africa to Asia, Pakistan’s FATF standing will further complicate China’s grand economic strategy. Despite the FATF extending the deadlines in the wake of Covid-19 pandemic, Pakistan seems to have an arduous time complying with the given recommendations. This will significantly constrain Pakistan from establishing a conducive environment for

international investors. Furthermore, this will further cripple the national economy and serve as a platform for more terror groups to operate. Lastly, if the situation further deteriorates, it may put the country on the verge of collapse or even disintegration in the future.

About the author: Don McLain Gill is an international affairs researcher and author based in the Philippines. He is currently completing his master’s in International Studies at the University of the Philippines Diliman. He has written extensively on issues of regional geopolitics and Indian foreign policy.