Anurag Kashyap Birthday Special: 3 Jaw-Dropping Acting Credits of the Filmmaker That You Should Not Miss (Watch Video) 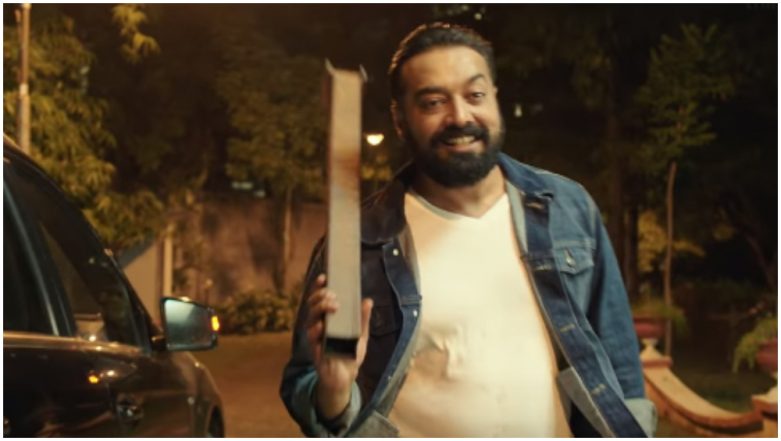 Anurag Kashyap turns 47 years old today. The filmmaker has given Indian some fine gems. He has carved his own path and created his niche. He is a kind of brand of cinema; dark, violent, edgy and yet not deprived of humour. We do call movies similar to his style Anurag Kashyap-kinda movies. Don't we? Well, he is a master filmmaker, but he is also a class actor. Not many know that Anurag Kashyap also has a few acting roles to his credit.  Well, not few since the number has now crossed 12 acting credits. But the filmmaker has said that he doesn't enjoy the craft of acting as much. He said, in an interview, "I somehow don’t enjoy acting; I really love making movies. I can only act if it’s a short commitment like this one." Anurag Kashyap Birthday Special: Ranking All Bollywood Feature-Length Movies The Manmarziyaan Director Has Made From Worst to the Best.

Anurag has also said that he might not ever star in a movie that he is also directing. He has said in an interview, "Would I make the film that I have acted in? No. But, when I act, I don’t question the director. I just follow orders. I will do whatever they ask me to do," Despite not liking acting, Anurag continues to do it. He has said in an interview with Forbes that he gets an "unreasonable amount of money" for it. So, without further ado, as a token of our love for the birthday boy, here are three movies featuring him that are unmissable.

This short film directed by Satarupa Sanyal features Anurag with Ritabhari Chakraborty. There are some steamy scenes between Ritbhari and Anurag. And just so you know, Satarupa is Ritbhari's mother.

Anurag starred in this action film, which had Sonakshi Sinha playing the lead role. Anurag's dialogue delivery was so menacing, it will give you the shivers.

Anurag steals the scene in this movie featuring Nayanthara and Atharvaa.

For some reasons, filmmakers down South love to cast Anurag in wicked roles. "Maybe they perceive me as a villain… I have big eyes, this smile… everybody offers me the same kind of role. I am a typecast. I fit into the mould of what they see me as. I am okay with that. But I don’t like to act," Anurag explained while talking to Forbes. Well, we surely are looking forward to seeing more of Anurag's work on-screen and off-screen. Happy birthday.