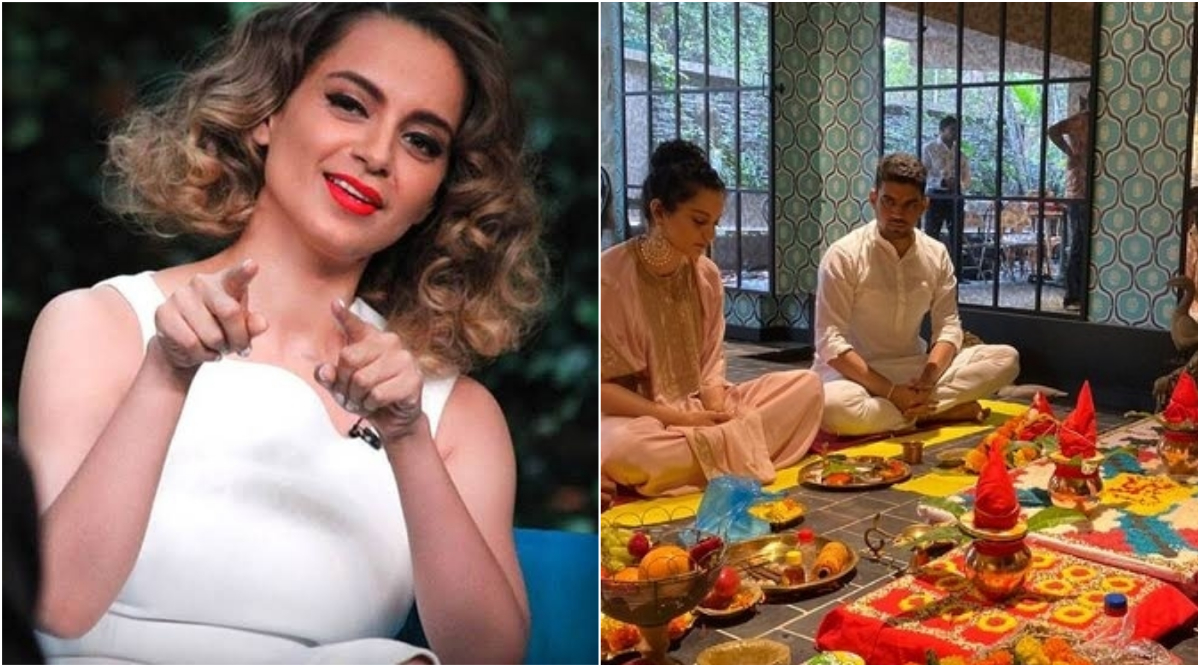 Do you remember when Kangana Ranaut had initiated a 'nepotism war' against Karan Johar on Koffee With Karan 5? Some of them even got to know about the term for the first time and hailed Kangana for shedding light on this norm in Bollywood. However, now in 2020, the curly-haired actress herself is getting tagged with the 'nepotism' label. For the uninitiated, the Queen star launched her production company-Manikarnika Films at Pali Hill in Mumbai. Her 'pilot' brother Aksht also joined her who will look after legal and finance departments.

Even though they mentioned that he did a study in the New York film academy, the netizens found it weird how his inclusion itself is a type of nepotism. Kangana's manager and sister, Rangoli Chandel, of course, tried to do some damage control by hitting back at the ones who were calling out her sibling.

She tweeted, "She may b wel established as an actor bt nt as a producer,Aksht wl handle legal & financial aspect which r father shud hv handled bt I agree he is getting his sister’s support so if he is successful in future he might b a nepo product let’s see,let’s give him a fair chance."

She also slammed a publication for dragging Kangana in the nepotism debate. However, that did not deter the fans from trolling her. They reminded her of the battle of words and a 'cause' that Ms Ranaut herself started in the first place. The one she started because she truly believed that nepotism was unethical.

Today we inaugurated Kangana’s studio, Manikarnika films Kangana will work as a producer and director and Aksht will look after legal and finance departments he studied film production in New York film academy 🙏 pic.twitter.com/HS1XRtMrHM

This is Kangana’s studio in Pali Hill prime location in Mumbai, she saw this dream 10 years ago and today we also saw it, if people can achieve everything with honesty and truth why do people do choti moti bundlebaazi and act so dishonest.. pic.twitter.com/GnVMyHtx98

Aksht Might Be a Nepo Product, Let's Give Him a Fair Chance: Rangoli

She may b wel established as an actor bt nt as a producer,Aksht wl handle legal & financial aspect which r father shud hv handled bt I agree he is getting his sister’s support so if he is successful in future he might b a nepo product let’s see,let’s give him a fair chance 🙏🥰 https://t.co/agfrJ0aP49

Akshat does not have a legal or finance degree (he is a commercial pilot) still he will handle legal and finance in one of the biggest production house. If thats not nepotism then what else? Atleast Alia's father did not produce a movie for her !!!!!

It's All About the Family

Yes every parent or sibling has a right to support their kids nd siblings in career. So as Kangana is supporting your brother, everyone else in the industry does for their kids. That's it.

Why do u have a different take on Nepotism when it comes to Ur brother ?

Not only your brother but you as well. What makes you qualified to be a superstar's manager? Isn't this nepotism? You keep attacking others in the film industry aur khud to poora Khandaan laga diya hai Kangana ko manage karne ke liye. Double Standard.

Well, now we won't be surprised if the Gangster actress has to face a fresh debate on the same old topic, this time with the tables turned on her! Aksht, on the other hand, is beginning his career in Ranaut's maiden production, and he is already a part of nepotism controversy.