Kasautii Zindagii Kay 2: Leaked Pictures of Erica Fernandes and Parth Samthaan From the Sets Go Viral on the Internet 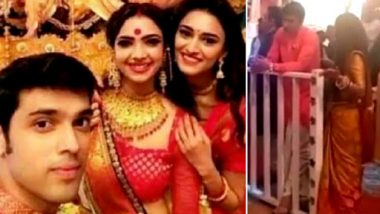 As TV Czarina Ekta Kapoor is returning with the reboot version of her cult show Kasautii Zindagii Kay, fans have not been not able to control their excitement. Ever since its announcement, Kasautii has been building a curiosity that is only growing with each passing day. Recently, Ekta took to social media to release the first promo of the show. The promo featured Erica Fernandes, who will be playing the role of Prerna in the reboot version of Kasautii. While fans are waiting with bated breath for the first look of Parth Samthaan and the second promo featuring Parth, a few leaked pictures of the two have found their way into the internet and I bet, it is sure to leave you more excited.

In one of the pictures, Erica is seen sporting a Bengali avatar with Parth and Pooja Banerjee in the selfie. Other pictures seem like it has been clicked on the sets of Kasautti Zindagii Kay 2. We also got our hands on a video footage, which looks like it is from the promo that is currently being shot. Kasautii has already gained quite a buzz even before the show hit the small screen and now with these leaked pictures it has only excited fans all the more.

Take a look at the leaked pictures here- 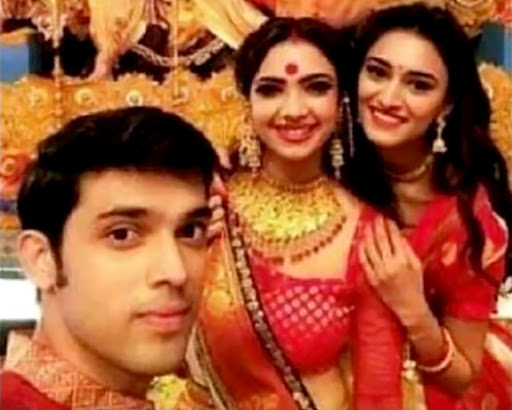 We wonder why is Parth Samthaan clapping in this video.

Speaking of cast, reportedly Parth Samthaan bagged the role of Anurag Basu, while Prerna will be played by and Erica Fernandes. Kasautii Zindagii Kay 2 will be going on air on September 25, 2018. Earlier, it was announced that the show will premiere on September 10, and will replace the political satire show - Har Shaakh Par Ullu Baitha Hai. But looks like, fans will now have to wait a little longer. Actress Pooja Banerjee too has been roped in to play a pivotal role in the show. Rumour has it that Yeh Rishta Kya Kehlata Hai fame Hina Khan will play the iconic Komolika character. However, the mystery around the Komolika's character still remains. Watch this space for further updates.

(The above story first appeared on LatestLY on Aug 30, 2018 04:51 PM IST. For more news and updates on politics, world, sports, entertainment and lifestyle, log on to our website latestly.com).