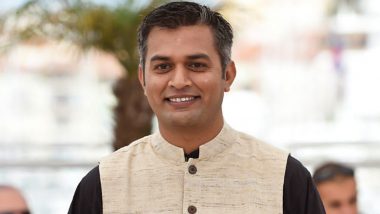 National Award-winning director Neeraj Ghaywan, who shot to fame helming Masaan, is wielding the megaphone back in the upcoming anthology Ajeeb Daastaans. He has directed the segment titled Geeli Pucchi starring Aditi Rao Hydari and Konkona Sen Sharma. The story traces a lesbian romance between its two female protagonists, but goes beyond its relationship plot to look at the complexity of patriarchy, class, gender and sexuality, which he feels is good to explore. Ajeeb Daastaans: Abhishek Banerjee Opens Up About His Role as a Laundryman.

This is not the first time that Ghaywan has brought forward these elements in his work. His globally-feted 2015 release "Masaan" showcased all these, too. So much is said lately about inclusivity and yet sections of society continue to suffer, and remain marginalised. The issue, of course, is more complicated than it seems, feels Ghaywan. "If you are talking about the marginalised communities and the subaltern, there is never a single identity. They are fused identities. There's intersection specifically with women. For instance, both of them (Aditi and Konkana) are subject to patriarchy, even though they come from different sections of society (and) different communities," Ghayan told IANS. Ajeeb Daastaans Actress Nushrratt Bharuccha: My Role Helped Break Stereotypes.

He said just like the characters suffer in the film, it happens in real life, too. "They are both victims but at the same time pursuing a job, a career. They experience different treatment and this is true in all of India. I am more interested not just about a particular community or, of course, nobody talks about it as much as we should and that has been my penchant to bring out these stories," he added.

Ghaywan's intent with "Geeli Pucchi" was to get into the "complexity of intersection, which we don't talk much about in the industry"."See, patriarchy or class or gender or sexuality -- or all of these things -- are good to explore, and that is what my intent was," he told IANS. Talking about the interesting title he reserved for "Geeli Pucchi", Ghaywan said: "It was a part of a dialogue, and I felt it was a key point of inflection between the two characters. I think it is a click-bait title, too."

He started out directing with the 2013 anthology "Shorts", and in an eight-year run has made only one full-length feature film -- "Masaan". He says he is having the "second film syndrome" and hence has not come out with a full-fledged film yet."I think it is called the second film syndrome. I am grappling with it and I am still dealing with it. It is kind of complex, but I hope I will make a film this year. I have been badly wanting to. Right now, I am working on 'Made In Heaven' but after this I will start off with my second film," he said.

(The above story first appeared on LatestLY on Apr 13, 2021 11:31 PM IST. For more news and updates on politics, world, sports, entertainment and lifestyle, log on to our website latestly.com).