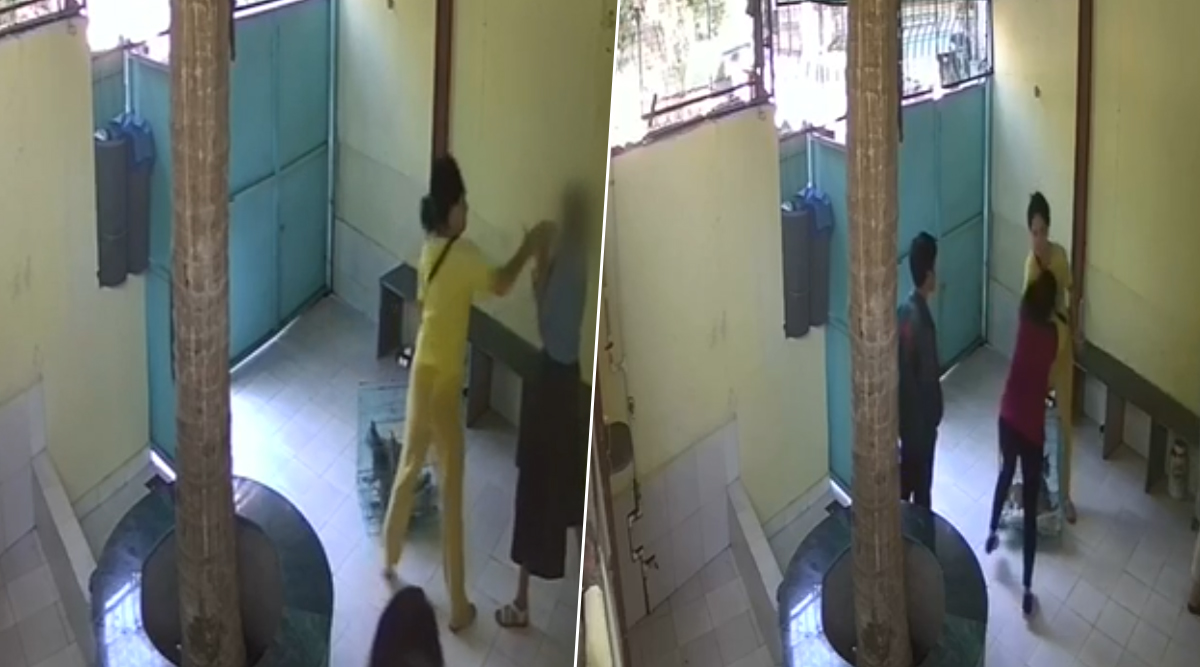 A shocking video of Naseeruddin Shah's daughter, Heeba Shah assaulting a veterinary clinic staff is now going viral on the internet. The video dates back to January 16 when Heeba visited the vet clinic in Versova with her friend's cats. Since her friend couldn't keep up with the appointment, she asked Hiba to visit the clinic on her behalf. The CCTV footage that's now going viral shows the veteran actor's daughter and an accomplished actress herself, Heeba hitting the vet clinic's staff and abusing them.  Anupam Kher Hits Back at Naseeruddin Shah for His 'sycophant' Jibe, Calls Him 'frustrated'.

When Times of India got in touch with Heeba, she didn't deny the incident but suggested that the clinic members started the brawl first. "The staff was extremely rude. I tried explaining that it was my friend who had sought the appointment but they asked me to wait. I peeped into the preparation room and saw very unhygienic surroundings so I decided to leave. At this, they were rude to me and pushed me and my cats out. I did shove one of the employees back and she struck her head on the wall. I did feel bad about it afterwards," she said.

"I did hit them, but they started it. The gatekeeper didn't allow me to enter the clinic and asked several questions. I told him that I had an appointment. In the clinic when I told the attendant about the watchman, she also started abusing me and speaking rudely. Then one of the women there pushed me and told me to get out from the premises immediately. This is not the way to speak to anyone who is visiting the clinic. The lady in the clinic started fighting with me. The clinic staff should talk politely to customers visiting their clinic," she continued further. Naseeruddin Shah Calls Anupam Kher a ‘Clown’; Mocks PM Narendra Modi’s ‘Entire Political Science’ Degree (Watch Video).

On the other hand, Mriidu Khosla, a trustee of The Feline Foundation that runs the vet clinic told Mid-day, "On January 16 at 2.50 pm actress Heeba Shah walked into our community veterinary clinic with two cats for sterilisation. Our clinic caretaker asked her to wait for 5 minutes as surgery was on. After 2-3 minutes of waiting, she aggressively said to our staff members, "Don't you know who I am? How can you make me wait for so long outside without any assistance? How come no one helped me to get my cats' cage out of the rickshaw on arrival? This can be seen in the CCTV footage. On being asked to sign the consent forms for the surgery before we admitted the cats, she got extremely abusive about the system and the place."

As per ANI reports, a non-cognizable offence against Heeba Shah was registered by Versova Police for allegedly assaulting 2 employees of a veterinary clinic on January 16.