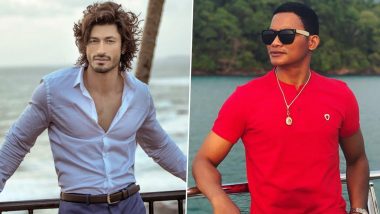 Bollywood action hero Vidyut Jammwal and Thailand's martial arts superstar Tony Jaa discussed how Hanuman, Ganesha and martial arts are linked, over a video chat. The two martial artists most recently got in conversation for the first episode of Jammwal's "X-Rayed By Vidyut", which is a forum designated to demystifying legends as we know them. In the episode, Jaa and the "Commando" actor were seen bonding on their mutual love for the martial arts, elephants and action movies. Vidyut Jammwal and Ong-Bak Actor Tony Jaa, Two Martial Arts Expert Have an Enlightening Chat

Jaa shared that Muay Thai is inspired by Hanuman and Ganesha. He said that he would like to play Hanuman in "Ramayana". He said: "Thai people also believe and respect Lord Ganesha. Before the Thai people (go to) work they (pay) respect (to the elephant god). They have a big ceremony for Lord Ganesha. So then... Muay Thai is from Ganesha! Muay Thai is from Hanuman. You know the dancing from The Ramayana? Ramayana is part of Thai culture. So the culture is very similar." Vidya Balan’s Shakuntala Devi, Vidyut Jammwal’s Yaara, Kunal Kemmu’s Lootcase – Theatre Clash Shifts To OTT As Three Movies To Come Out On July 31

Vidyut says it is a great feeling to know that people realise that Indian culture has a lot of association with their own cultures. He added: "Finding that out from the legendary action star, Tony Jaa was awesome! After speaking to him, I see why he is the best at what he does. I was thoroughly amused when he said that he would like to play the role of Hanuman in Ramayana. It would be amazing to watch him essay Hanuman with elements of Muay Thai."

(The above story first appeared on LatestLY on Jul 14, 2020 05:14 PM IST. For more news and updates on politics, world, sports, entertainment and lifestyle, log on to our website latestly.com).