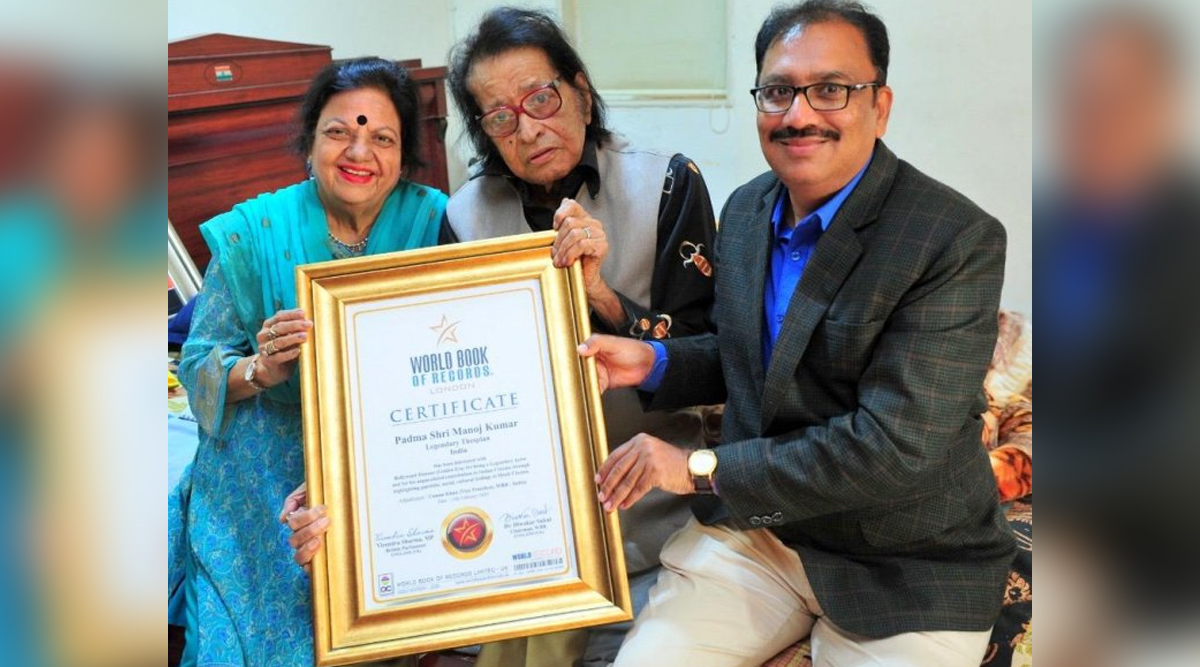 Earlier legendary actor Dilip Kumar was also felicitated with the honour. Manoj Kumar is known for acting in and directing films with patriotic themes. He has given hits such as Hariyali aur Rasta, Woh Kaun Thi?, Himalay Ki Goad Mein, Upkar, Neel Kamal, Purab aur Paschim, Roti Kapada Aur Makaan and Kranti. Suresh Wadkar on Getting Conferred with the Padma Shri: ‘Would Be Happier If I Got the Honour on Time’

He was honoured with the Padma Shri by the Government of India in 1992. He was conferred the 47th Dadasaheb Phalke Award for the year 2015.