Prakash Jha Birthday Special: 7 Movies Of The Director That Should Be Watched By Anyone Who Claims To Be A Movie Buff 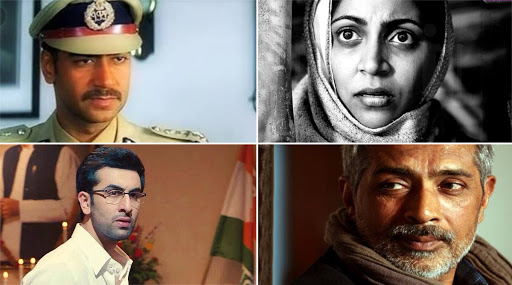 Prakash Jha turns 68 years old today. He is one of the directors who never shied away from exploring the dark side of our society through his movies. At a time when heroes are supposed to have a particular image, he worked with Ajay Devgn in Gangaajal. The latter is one of the best movies on social causes in India cinema. He also made many believe that Ajay Devgn is not just a hero but a brilliant actor. After Shah Rukh Khan’s Class of 83, Bobby Deol to Star in Prakash Jha’s Web-Series

Jha's drive to bring out social evils on 70 mm wasn't an easy one. He made a documentary on Bihar Sharif riot, titled, Faces After Storm (1984). It was banned immediately upon release but later he received the National Award for Best Non-Feature Film. He has shot many documentaries that bared some facet of India's social perils. That finds a place in his movies as well. Damul that was an eye-opener of sorts was one of his best works.

Here're some of his other best works. If you claim to be a Bollywood movie buff, it will be a sin to not watch these movies. Just saying...

Yet another Best Feature Film National Award winner, Damul exposed the perilous life of a bonded labourer. Based on Shaiwal’s short story Kaalsootra, Damul is about a man named Sanjivan Ram who is bonded to his evil landlord for life. The whole dynamics of caste politics prevalent in the feudal times in Bihar will leave you teary-eyed.

Set in Bihar again, Mrityudand is a bold movie that has women taking arms against the oppressive menfolk of villagers to right the wrong. A brilliant performance by the entire cast and a fantastic execution by Jha makes this movie a must-watch. The 90s have been blamed often for being a shoddy and shady decade but then there were these gems too.

Jha and his narratives are always from Bihar and its surrounding areas as he knows the land too well. He hails from the West Champaran district and has seen many incidents from close proximity. Gangaajal was a cinematic representation of 1980 Bhagalpur blindings. Ajay's fine acting and Jha's story-telling were simply perfect. It's an example of what empathy from the government force people to take matters into their hands for justice.

The abduction racket in Bihar finds a place in Jha's narrative here with Ajay Devgn in the lead again. The story could have been tighter but the industry it exposes will give you chills.

A clear departure from his gritty movies based in Bihar, Dil Dosti Etc is about young people who think they have endless possibilities and let their life wander. Quite a bold take on how the young minds work, the film is a fetching watch for the depiction of two sides of the spectrum. An aimless rich youth Vs an ambitious student leader... fantastic dynamics.

This is perhaps the most successful movie of Prakash Jha and also the biggest. It was multi-starrer which had everyone from Naseeruddin Shah to Ajay Devgn to Ranbir Kapoor and Katrina Kaif. Jha's interpretation of Mahabharat, this had made power politics look a lot glamorous yet convoluted. Who knew Ranbir could play the cold and conniving mastermind so well! Kudos to Jha for giving a new dimension to Kapoor's filmography.

A movie is on caste-based reservations prevalent in India and its effects on the society in general. The movie had big names like Amitabh Bachchan, Deepika Padukone and Saif Ali Khan in the cast. It may not be a great movie to expose the realities of the business called education but it's definitely worth a watch for a telling narrative.