Richa Chadha Apologises For An Old Bipolar Joke, Blames It On 'A Petulant Desire To Seem Witty' 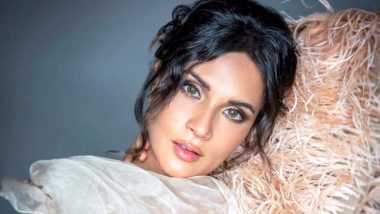 It takes a lot of courage to admit your mistake and even apologise for it. So when Richa Chadha decided to do the same for an old Bipolar joke that she had cracked, we felt really proud of her. Now we don't know what prompted the move although her tweet suggests that she has begun to understand what mental health means now. We have a hunch that the conversation around depression after Sushant Singh Rajput's death could have played a role here. Richa Chadha, Bipasha Basu and Abhay Deol Laud HUL for Finally Dropping ‘Fairness’ from from All Its Cosmetics Products

Now Richa's confession made us wonder which was this tweet she was referring to. We did some digging and found one where she spoke about Faisal being bipolar. Faisal is the character Nawazuddin Siddiqui played in Gangs Of Wasseypur. We obviously can't confirm it.

I think last year I made a joke about someone being 'bipolar'.The joke was borne out of a petulant desire to seem witty in even less than 280 characters. As I am now only beginning to grasp what #mentalhealth means, I just want to apologise and couldn't have said this sooner!

What we commend Richa here is she didn't try to scroll back and remove the tweet, unlike a few other actors. She apologised for it, Bravo!

(The above story first appeared on LatestLY on Jun 29, 2020 01:11 PM IST. For more news and updates on politics, world, sports, entertainment and lifestyle, log on to our website latestly.com).