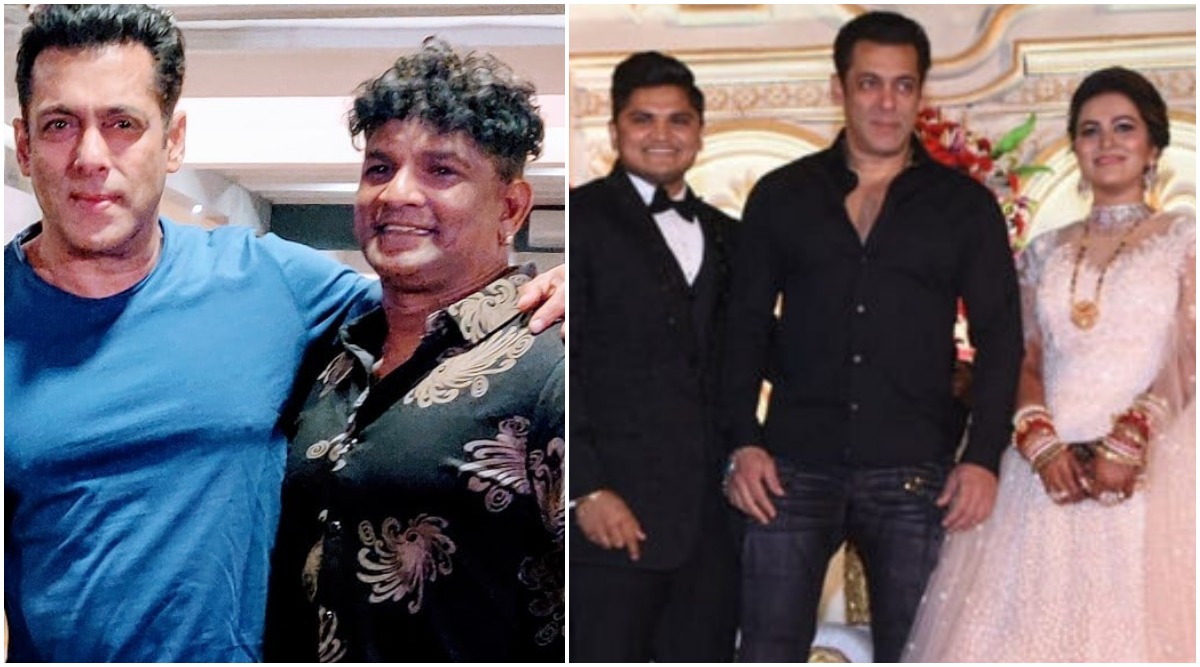 Salman Khan is one of the most loved actors, known as a man with a golden heart. Despite having hectic schedule, he has taken the time off to grace the wedding ceremony of his makeup artist, Raj Naag’s son Gaurav. Pics and videos from the event are all over the internet. The video doing rounds across social media platforms shows how the guests at the wedding couldn’t keep calm on seeing the Dabangg 3 actor at the venue. Ahead of Dabangg 3 Release, Salman Khan Already Announces Dabangg 4!

Salman Khan donned a black shirt and paired it with a matching pair of denims. The actor clicked a picture with the newlyweds onstage. There were many other B-town celebs who were reportedly spotted at wedding of Raj Naag’s son. It included Maniesh Paul, Dolly Bindra and Salman’s brother Sohail Khan, reports Yahoo News. Salman Khan Finally Reacts To Radhe vs Akshay Kumar’s Laxmmi Bomb Clash!

Here Are The Pics From Last Evening’s Wedding Reception:

#SalmanKhan graces the wedding of his longtime loyal makeup artist #rajubhais son. Salman and rajubhai have come a long way from the very early days

On the work front, Salman Khan is gearing up for the release of Dabangg 3. Directed by Prabhudheva, the film is all set to be released on December 20. The film also stars Sonakshi Sinha, Kichcha Sudeep, Saiee Manjrekar in the lead. The other film that Salman has in his kitty is Radhe: Your Most Wanted Bhai, which will also be directed by Prabhudheva. Ahead of the release of Dabangg 3, Salman has also confirmed about Dabangg 4. Stay tuned for further updates!