Sushmita Sen Shows off Her Sexy Belly Dancing Moves and Proves Why NOBODY Can Do 'Dilbar' Better Than Her! - Watch Video 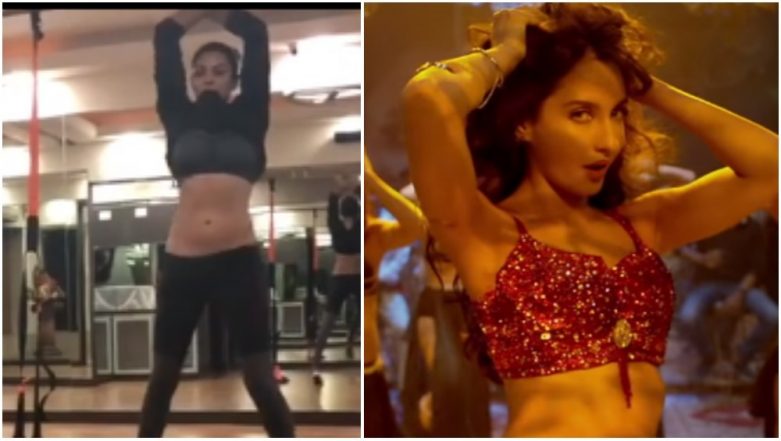 If you fell in love with Nora Fatehi's belly dancing moves in the new version of Dilbar, be ready to get your mind BLOWN! The original Dilbar girl, Sushmita Sen just proved why nobody and we mean NOBODY can ever do Dilbar better than her! In a video shared on Instagram, Sushmita is seen showing off some sexy belly dancing moves as she works out in the gym. We can't help but wonder how hot she looks! Sushmita Sen Is Partying Hard but Working Out Harder – See Pic.

Sushmita is seen grooving to the new version of the song which she was originally a part of and we bet this video is going to be a RAGE on the internet! Even if it is not, we just want Sush to know that her moves are too hot to handle and her beauty, grace and charisma is unmatchable! Watch Sushmita's hot dance on Dilbar below -

Ah! It's getting too hot in here!

Not that we think Nora Fatehi didn't do a great job but we are sure even she would agree that Sushmita is the ultimate Dilbar girl! And for all the fitness freaks out there, Sushmita just gave you the most effective workout routine ever! Watch Dilbar starring Nora Fatehi here-

In other news, Sushmita Sen is reportedly going to make a comeback in the movies after a gap of eight years. According to reports, the actress has been reading a few scripts for a while now. She was approached for a movie that plays out in a small town in which her character is the protagonist. It’s a crime-based drama set in Madhya Pradesh wherein she plays a role of tough cop. Coming back to the video, isn't she sexy AF?