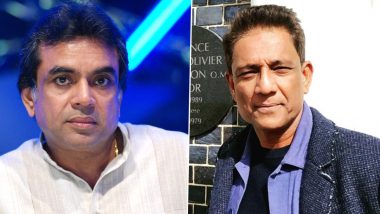 The film, which recently wrapped up its principal photography and will soon enter post-production, is based on Indian Oscar winner and maverick filmmaker Satyajit Ray's short story eGolpo Boliye Tarini Khuro'. In the story which touches upon the aspect of originality versus plagiarism, Ray raises the question: "What is more important - the story or the storyteller?" National Museum of Indian Cinema To Host Film Festival on Satyajit Ray’s 101st Birth Anniversary.

The film's director, Ananth Mahadevan said in a statement, "As part of the celebrations around the life and work of the legend Satyajit Ray, we are very happy and honoured to share our own humble homage to the master storyteller. eThe Storyteller,' a timeless fable, explores the mindset of people who exploit and are exploited."

"Ray's subtle treatment of the subject makes one smile at what is, in fact, a revenge story. An amalgamation of wit, drama, and even suspense, the film is an attempt to bring Ray to a generation that has only heard about him or been occasionally exposed to his collection", the statement read.

The film is produced by billionaire Mukesh Ambani's Jio Studios in association with Purpose Entertainment and Quest Films.

(The above story first appeared on LatestLY on May 23, 2022 05:39 PM IST. For more news and updates on politics, world, sports, entertainment and lifestyle, log on to our website latestly.com).