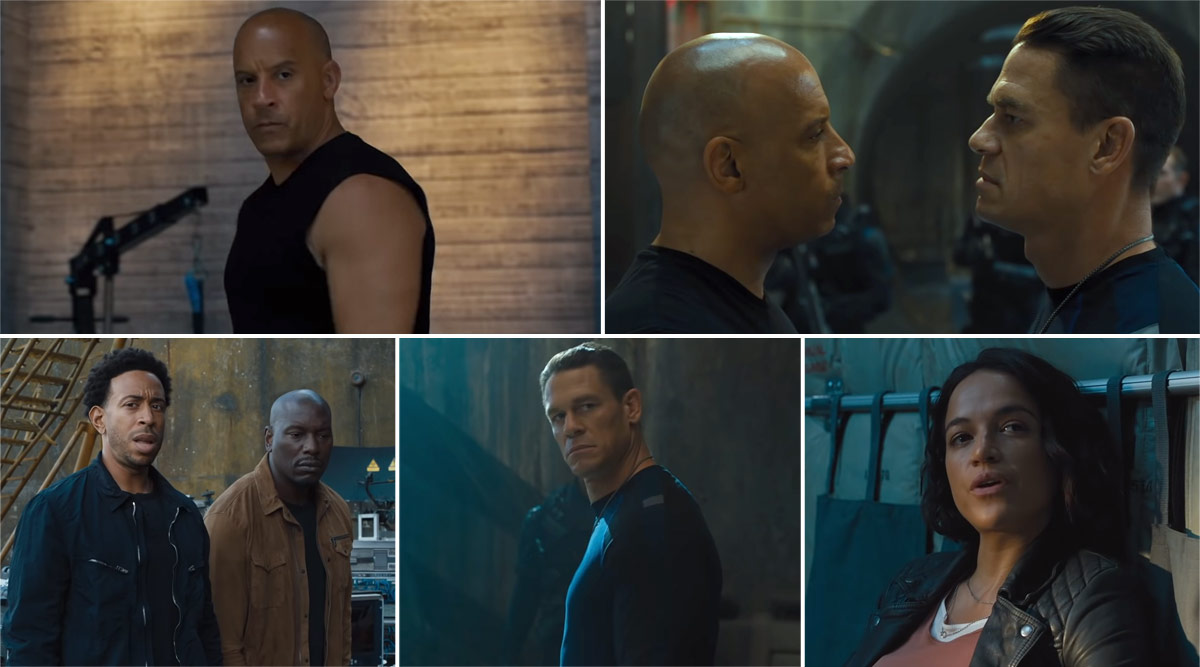 It almost didn't feel like the Fast and Furious series could get any faster or furious-er. But here I am left stunned by the first trailer of Fast & Furious 9. The new footage from the film, a compilation of insane action stunts, dropped on the internet today. There are truck flips, high-octane car chases, hand to hand combats, a jet plane with a magnet strong enough to catch car mid-air, guns blaring, and, of course, there is family. Our beloved Dom (Vin Diesel) is up against his brother, played by John Cena, this time around. Not all blood is not family - the text reads on the screen in between the action. You'll Be Blown Away: Vin Diesel on John Cena's Character in 'Fast and Furious 9'.

The physics-defying absurdity in the brief trailer is enough to make Einstein turn in his grave. But, the execution is par excellence. Suspension of disbelief comes easy with the perfect CGI, exhilarating background score and just knowing the brand of cinema.

Some familiar faces return. Mia and Han are back in the series. Mia excused herself to a rather private married life with Paul Walker's character. Han (Sung Kang) used to be dead. And so does previous film's villain played by Charlize Theron.

The usual suspects Michelle Rodriguez, Chris Ludacris Bridges are also there. The one who is not there surprisingly in the trailer is the much-hyped Cardi B. Maybe we will see her in trailer number two. Or directly when F9 opens in theatres on May 22, 2020.