Riverdale fame, Lili Reinhard took to her Instagram story and dropped the big revelation that he is a 'proud bisexual' woman. Read on. 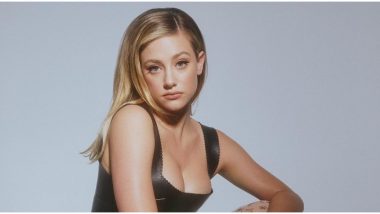 June is celebrated as a Pride month around the globe and what better than to come across a story of a Hollywood actress pouring her heart out and revealing that she is bisexual. As recently, Riverdale fame, Lili Reinhard took to her Instagram story and dropped the big revelation that he is a 'proud bisexual' woman. The post she shared was about the protest organised by the LGBTQ+ community with regards to the Black Lives Matter movement. The actress in her IG story wrote how she never spoke publicly about being bisexual but here finally the cat out of the bag. We laud Lili's confidence to let the world know that she is part of the rainbow community. Lili Reinhart & Cole Sprouse Part Ways and Riverdale Won't Be Same Again for Us.

For the unversed, Lili was recently in news for breaking up with her partner Cole Sprouse whom she dated for three years. Coming back to her recent post, it sees a message by the LGBTQ+ community on how they will be voicing their opinion on the racial injustice which occurred in the US a few days back. Also, Lili's support to join the cause speaks volumes about her ideology. "Although I've never announced it publicly before, I am a proud bisexual woman. And I will be joining this protest today. Come join," he IG story read. Lili Reinhart Birthday Special: 10 Pictures of the Riverdale Star to Make You Fall in Love With Her Style and Beauty.

The above movement started when George Floyd was killed by a white policeman where the latter kneeled on his neck. Even after repeated pleading by the deceased, the police did not pay need and that's what took the man's life. This death has now turned into a mass movement and the outrage is real. Stay tuned!

(The above story first appeared on LatestLY on Jun 04, 2020 08:44 AM IST. For more news and updates on politics, world, sports, entertainment and lifestyle, log on to our website latestly.com).