Before The Great Indian Kitchen, 7 Recent Malayalam Movies That Boldly Smashed Patriarchy, Misogyny and Sexism (And Where to Watch Them Online)

The Great Indian Kitchen peeks into a regular household in a normal Kerala family and doggedly follows the frustrating travails of a woman to keep the men in her house well-fed and happy. Even if it means that her life and ambitions remain unfulfilled. The movie stars Nimisha Sajayan and Suraj Venjaramoodu in the lead

If you are a Mallu, you would have at least one acquaintance recommending you vigorously about The Great Indian Kitchen these days. If you are not a Mallu, then at least you would have heard one of your Mallu friends raving eloquently about The Great Indian Kitchen. Directed by Jeo Baby of Kilometres & Kilometres fame, this social drama has become the talking point in nearly every household in Kerala, though it was left to stream on a recently launched app called Neestream. So imagine the impact it would have created, if streaming giants like Amazon Prime Video and Netflix would have picked it up, as was the makers' original plan. The Great Indian Kitchen Movie Review: Nimisha Sajayan and Suraj Venjaramoodu’s Social Drama Is Brilliant!

The Great Indian Kitchen peeks into a regular household in a normal Kerala family and doggedly follows the frustrating travails of a woman to keep the men in her house well-fed and happy. Even if it means that her life and ambitions remain unfulfilled. The movie stars Nimisha Sajayan and Suraj Venjaramoodu in the lead, playing characters that are not defined by their names but by their behaviours and circumstances. Despite being made by a man, The Great Indian Kitchen smashes patriarchy and misogyny persistent in our families with its stoic narrative that left several male egoes bruised while the rest empathetic, shocked at their own shallowness or guilt-stricken over how their houses have treated the women.

While The Great Indian Kitchen is yet another brilliant example of the progressiveness of Malayalam cinema, the industry itself has been accused of propagating sexism through its movies from many a decade (and still continues to do so). However, there are occasional movies that have the guts to come out and smash patriarchy and malo egocentricity with a kind of finesse that end with you applauding them. In this special feature, let's look at other recent Malayalam films that decided to make a stand against misogyny and where you can watch them online. 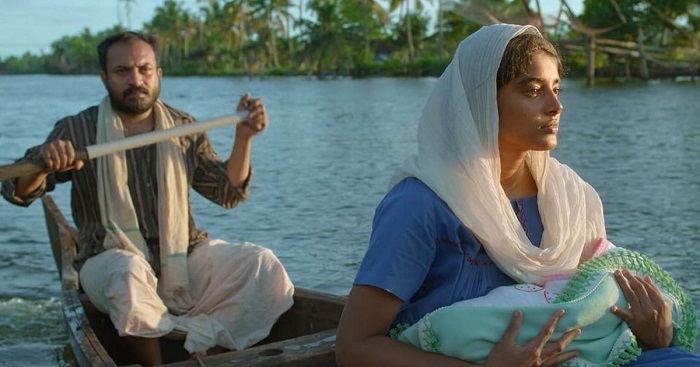 It is strange that a movie, that mostly revolves around four squabbling brothers abandoned by their mother, to be about anti-misogyny. And then enters the fifth male character - Shammi, played with enough smugness by Fahadh Faasil. Shammi is an epitome of patriarchy and misogyny, letting his wry smile be a facade for his stubborn, sociopathic male ego. His determined sis-in-law Baby is not just revolting against his 'values', but also not willing to bow down before her boyfriend's masochism. Interestingly, the film also takes a sly dig at Arjun Reddy. Kumbalangi Nights is streaming on Amazon Prime Video. From Mohanlal’s Sarvakalasala to Nivin Pauly’s Action Hero Biju – 7 Malayalam Movies That Ditched Story Structure and Yet Turned Out to Be Awesome. 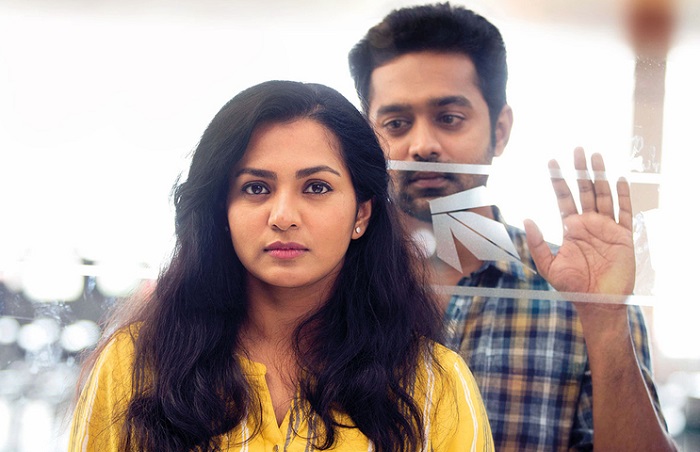 Parvathy and Asif Ali in Uyare

Where Bollywood film Chapaak failed is where Uyare shines, even though both revolves around an acid attack survivor. While the Hindi film is insistent on portraying its lead a victim, the Malayalam film is more about giving its protagonist her wings to fly beyond her adversities, including a toxic ex who is the reason for her scars. Powered by Parvathy Thiruvoth's fantastic performance, Uyare is one of the best women-centric films to come out in recent times. Uyare is streaming on Netflix. 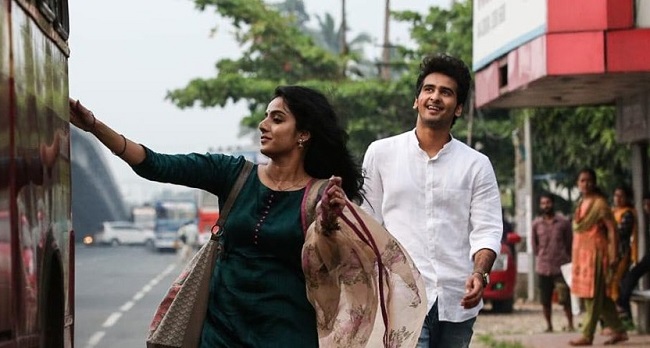 Ishq is a cleverly deceiving film. Its title and its first act make us feel that this Anuraj Manohar film is a romantic drama. And then its second act goes into darker territory, as the young lead couple becomes the target of two men obsessed with moral policing. The third act is about the ego-bruised boy taking revenge on one of the men, by harassing his wife and daughter, while ignoring his traumatised girlfriend. It is then we realise that Ishq is neither about romance and moral policing, it is purely about toxic masculinity, made even more evident by its smashing final scene that will make you go 'Ha'! Ishq is streaming on Amazon Prime. 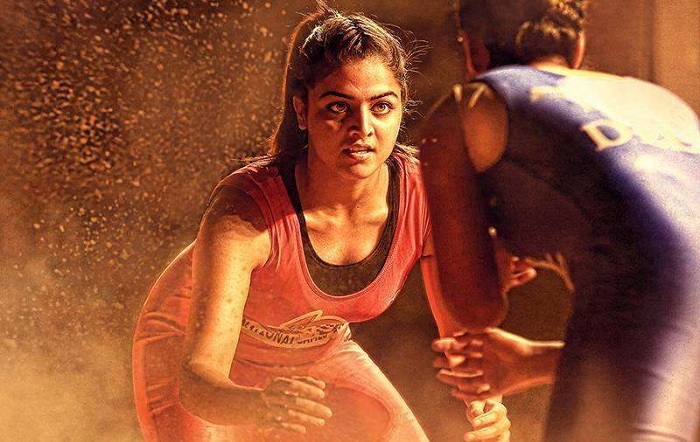 If you want something light-hearted, why not check out the talented Basil Joseph's sophomore film that is set against the background of wrestling. While a charming Tovino Thomas leads the show, Godha belongs to its female lead, played by the Punjabi actress Wamiqa Gabbi. As an aspiring wrestler to travels state borders to see her dreams come true, her Aditi becomes a symbol of resilience and grit as she fights her own stubborn family to seek her goals. Not to mention, make an entire alien village root her in the process. Godha is streaming on Manorama Max. 7 Malayalam Movies of Mohanlal, Jayaram, Sreenivasan That Were Remakes but Arguably Better Than the Original. 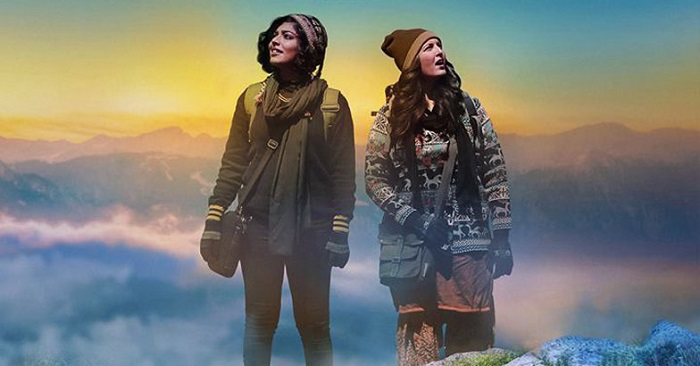 Inspired by Thelma & Louise but with a more upbeat ending, this Ashiq Abu film is about a road trip of two disparate females with their own set of problems. While Manju Warrier's Padmini is frustrated by her mother-in-law's dominance in her married life, Rima Kallingal's Rani's independent streak has left goons chasing after her. Even though they are different, they each inspire the other to confront their issues while realising that running away isn't a solution. Rani Padmini is streaming on Disney+ Hotstar.

How Old Are You? 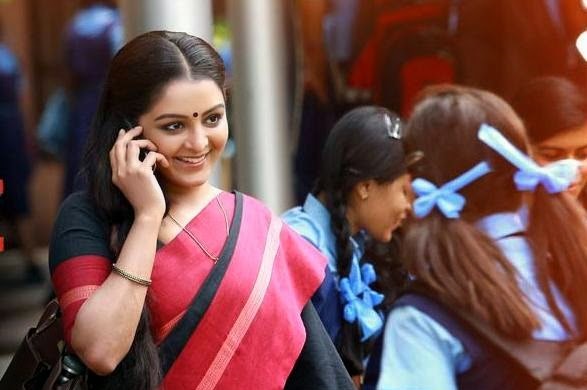 Manju Warrier in How Old Are You?

Manju Warrier's comeback film is allegedly inspired by her own personal life. It is about a housewife who creates her own independent existence from an uncaring husband, played by cast-against-type Kunchacko Boban, and a dismissive teenage daughter. While very straight-faced in its narrative, it is still a motivating underdog story that women audience rightfully lapped up. How Old Are You? is streaming on MX Player or Jio Cinema. 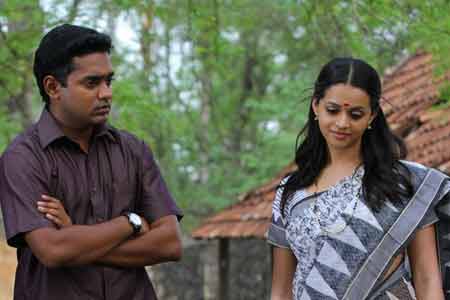 Asif Ali and Bhavana in Ozhimuri

Actor-director Madhupal's Ozhimuri tackled the themes of matrilineal system once seen in Nair household and set it against modern times in the marriage of a geriatric couple where the wife is seeking divorce over her husband's problematic attitude. The movie stars Lal, Shweta Menon, Mallika, Bhavana and Asif Ali. Ozhimuri is streaming on MX Player or Jio Cinema.

(The above story first appeared on LatestLY on Jan 30, 2021 12:23 PM IST. For more news and updates on politics, world, sports, entertainment and lifestyle, log on to our website latestly.com).