There have been classics like Sarvakalasala, there have been entertainers like Trivandrum Lodge and Action Hero Biju and there have been films with pan-India appeal like Angamaly Diaries. There are seven Malayalam movies that broke the basic rule of storytelling and yet turned out to be great films. 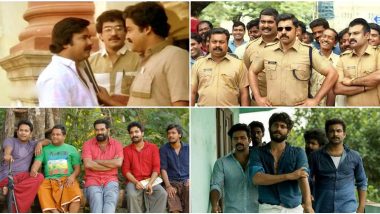 Every movie need to have a story structure, right? Without a story, how can you make a movie? Well, not necessary. And we are not even talking about documentaries. While stories are essential in building a film, there have been some really amazing movies that chuck away the plot to focus on merely moments. How, you ask. we have some fine examples in Malayalam cinema to suggest to you to watch. From Poochakkoru Mookuthi to Virus, 7 Times When Malayalam Cinema Handled Ensemble Multi-Narrative Movies in the Right Way!

Here are seven Malayalam movies that broke the basic rule of storytelling and yet turned out to be great films. 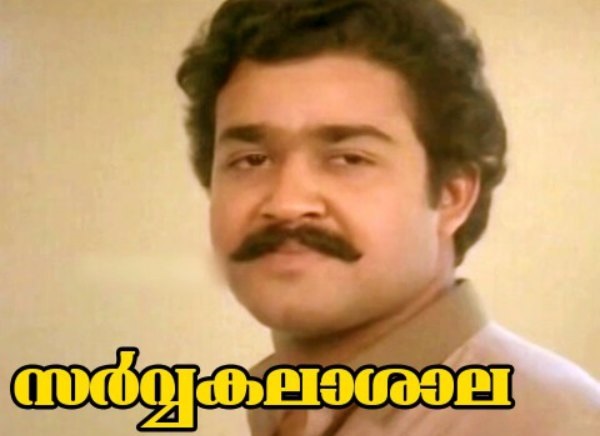 The late Venu Nagavally made an unusual campus movie in this 1987 drama. The focus of the film is on Lal, played by Mohanlal, who is doing his final year Masters, but is hesitant to leave the university that he considers his home. His friends and juniors have moved ahead and his former love had even joined the same university as a lecturer. But Lal is hesitant to fly away. 7 Malayalam Movies of Mohanlal, Jayaram, Sreenivasan That Were Remakes but Arguably Better Than the Original.

Sarvakalasala is a collage of his moments in the new academic year, some funny, some poignant, as he enjoys his life as a mentor and friend to his juniors and even the teachers and staff. The movie also has an wonderful ensemble in Sukumaran, Adoor Bhasi, Jagathy Sreekumar, Innocent, Ganesh Kumar, Manian Pillai Raju, Lizy, Sreenath and others. You can watch Sarvakalasala on Disney+ Hotstar. 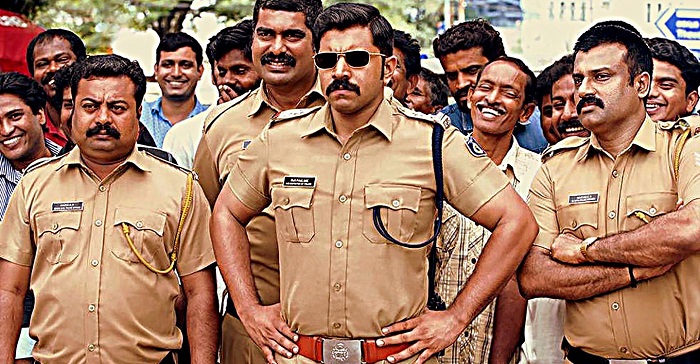 Abrid Shine's debut film, 1983, was about moments about a group of friends in a village grown up on cricket, but the second half becomes a father-son story. His second film, Action Hero Biju, while borrowing the lead man of the first film, Nivin Pauly, ditched any semblance of a story. It focussed on a upright sub-inspector taking charge of a police station in Kochi.

Unlike the name suggests, there is not much action. Instead the film has comical and emotional moments that come through the different cases that the hero handles. The best bit being the case of a estranged couple fighting over their child, with Suraj Venjaramoodu delivering an heartbreaking performance in his cameo. Action Hero Biju is streaming on Disney+ Hotstar.

PS - Abrid Shine's Poomaram also follows the same rule, as it sets its narrative in a youth college festival without a proper story. 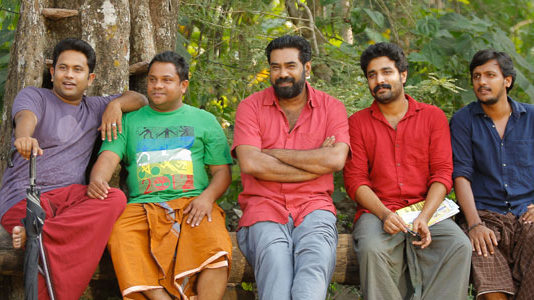 Biju Menon has become a pro in starring some of the best feel-good films in recent times. One such film is Ranjan Pramod's Rakshadhikari Baiju Oppu that came out in 2017. Menon plays a 40 plus panchayat employee who is still nurturing the child within him and continues to play cricket with his much younger friends. Rakshadhikari Baiju Oppu is a humorous set of vignettes of Baiju and his club members, and their misadventures.

While it is funny in most parts, the film also ends with a message on how urbanisation of villages are robbing kids of their playtime. The cast is in terrific form, with Menon excellent as always, supported by Aju Varghese, Deepak Parambol, Hareesh Perumanna, Hannah Reji Koshy, Vijayaraghavan, Janardhan among others. Rakshadhikari Baiju Oppu is streaming on Disney+ Hotstar. Watching Virus in the Times of COVID-19: 7 Lessons the Entire Nation Can Learn From Aashiq Abu’s Malayalam Medical Thriller. 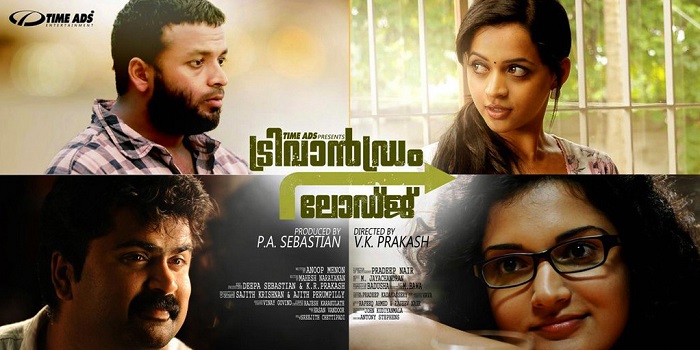 Trivandrum Lodge, directed by VK Prakash, is more character driven than plot driven, and also very bold when it comes to mainstream Malayalam cinema. It is about a derelict lodge in Kochi and its few interesting inmates, and how they face an unusual situation when a bold and outspoken girl (Honey Rose) comes to stay with them.

There is also a parallel track of the widower lodge-owner (Anoop Menon) and his young son, while the conflict arises when the lodge faces threat of demolition. Jayasurya plays the simple-minded caretaker of the lodge, while Saiju Kurup, P Balachandran, Janardhanan, singer Jayachandran, Thesni Khan form the supporting cast. Trivandrum Lodge has adult themes, and adult dialogues, but it isn't vulgar as such. Trivandrum Lodge is streaming on Disney+ Hotstar. From Fahadh Faasil’s Kumbalangi Nights to Mammootty’s Unda, 7 Malayalam Movies of 2019 to Watch If You Want a Break From Bollywood Masala! 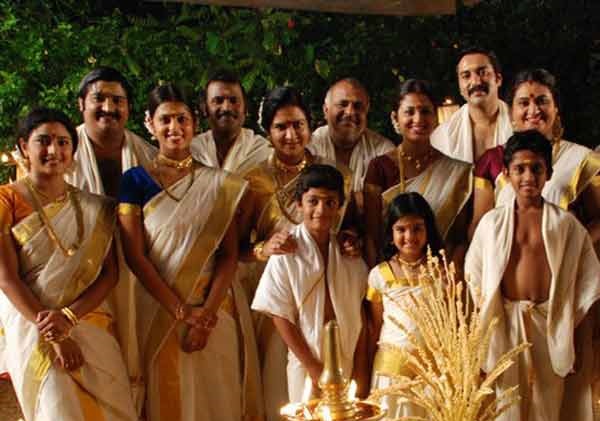 The talented Anjali Menon made her directorial debut with this lovely film, that also remains her most underrated work. Prithviraj Sukumaran (in a cameo) plays the narrator, who recalls an episode in his childhood when he visits his ancestral house with his parents from Gulf. The reason for the visit was his grandfather's demise, which also brought the rest of the family under the same roof. Set in the '80s, Manjadikuru featured a village life on the verge of being tainted by urbanisation. The kid narrator bonds with his lesser-privileged cousins and plans with them to send the young mistreated servant girl back to her home in Tamil Nadu. The adults, meanwhile, are not seeing eye to eye over past issues and ego hassles but bear each other for a few days, waiting for the dead grandfather's will to be read.

Manjadikuru may not have a compact story to say, but is made of some sweet-sour moments that will connect with you, if you are an expatriate. Also the cast is too good, with the late Murali, Urvashi, Rehman, Kaviyoor Ponnamma, Bindu Panicker, Jagathy Sreekumar all in fine form. R Madhavan also makes a sneaky cameo. While Manjadikuru is not available on OTT platforms, a copy of the film is available on YouTube. Prithviraj Sukumaran Birthday: From Nandanam to Lucifer, 15 Movies That Defined This Malayalam Superstar's Interesting Career.

One of the best political thrillers made in Malayalam cinema this century, Arun Kumar Arvind's Left Right Left takes inspirations from real-life events in Kerala's political history. Through its handful of characters, the director turns these moments into a fascination debate on the good and the bad side of Left ideology. And it goes beyond that, as Left Right Left also throws light on caste politics, domestic abuse, corruption and other topical themes.

Brilliantly scripted by actor Murali Gopy, the movie doesn't rely on a premise as such, but offers interludes and its many connecting characters leading to an explosive finale. The performances are excellent with Gopy, Indrajith Sukumaran, Lena, Sethu Lakshmi doing justice to the role, while Hareesh Peradi steals the show in his breakout act. Left Right Left is streaming on MX Player. 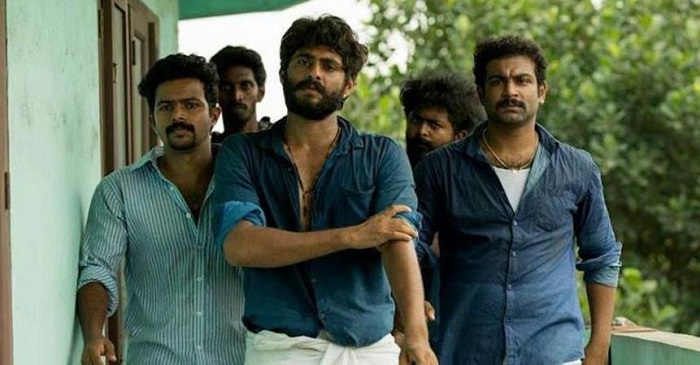 A Still from Angamaly Diaries

Lijo Jose Pellissery grabbed the nation's attention with his fantastic story-telling in the critically acclaimed Angamaly Diaries. Story-telling may not be the right term here, as Angamaly Diaries doesn't really have a story to say. Instead it offers episodes centred around the little gangs in Angamaly, with a mix of black humour, romance, and thrills, with intermittent bouts of violence. Foodies also have enough to like in the film.

The cast, mostly all newcomers, are all natural performers, while Pellissery's direction is exemplary. The terrifically shot climax that is an 11-minute long uncut sequence featuring so many extras is simply astounding and even gets appreciation from international ventures, like Cinefix that discuss cinema. Angamaly Diaries is streaming on Netflix.

(The above story first appeared on LatestLY on Aug 18, 2020 10:44 PM IST. For more news and updates on politics, world, sports, entertainment and lifestyle, log on to our website latestly.com).