Have the Makers of Bigg Boss Telugu 4 Approached Mahesh Babu to Host the Reality TV Show? 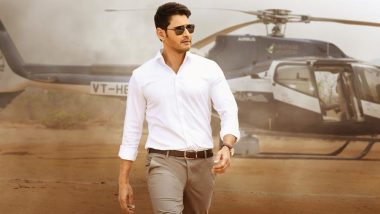 Bigg Boss is one of the most loved and most watched controversial reality TV shows (be it in any languages). The audience enjoy watching the housemates getting involved tasks, the arguments that keep happening amongst the inmates, and then the weekend episodes, where the show’s host grill the contestants. Regarding Bigg Boss Telugu, it is all set to enter its fourth season. And all are eagerly waiting to know who would be hosting Bigg Boss Telugu 4. Did You Know Nagarjuna Akkineni Charged Rs 5 Crore to Host Bigg Boss Telugu 3?

There has been no official announcement about it neither by Mahesh Babu nor the makers of Bigg Boss Telugu 4. But if the reports turns out to be true, we bet, fans of this Tollywood star would jump with joy. Meanwhile, the details of the contestants participating in Bigg Boss Telugu 4 is also awaited. Rahul Sipligunj was the winner of the last season. Stay tuned for more updates from the world of entertainment.

(The above story first appeared on LatestLY on Mar 13, 2020 02:47 PM IST. For more news and updates on politics, world, sports, entertainment and lifestyle, log on to our website latestly.com).