The third season of Bigg Boss Telugu was recently concluded and singer Rahul Sipligunj was declared as the winner. As per reports, the show's host Nagarjuna Akkineni charged a whopping Rs 5 crore to host the season. 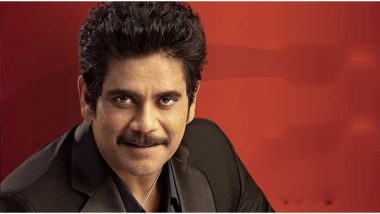 The third season of Bigg Boss Telugu was recently concluded and singer Rahul Sipligunj was declared as the winner. There were tiffs, controversies and too many other things happening even in this season. Bigg Boss Telugu 3 received good response from the viewers. Many were intrigued to see Nagarjuna Akkineni as the show’s host. Although it isn’t the first time that he was anchoring a TV show, fans still loved to watch him as the host of the controversial reality show. Bigg Boss Telugu 3 Winner Rahul Sipligunj: All You Need to Know About the Playback Singer Who Won the Trophy on Akkineni Nagarjuna’s Reality Show.

But right now the talk that is doing rounds is the amount charged by the show’s host and other contestants of Bigg Boss Telugu 3. As per a report in Tollywood Net, the versatile actor Nagarjuna Akkineni charged a whopping Rs 5 crore to host the season. Yes, the report states that the Tollywood actor charged such an amount to host 30 episodes of Bigg Boss Telugu 3. However, the channel has never disclosed details of remuneration charged by the show’s host or the contestants. Bigg Boss Telugu 3: Akkineni Nagarjuna Goes on a Mini Break and Ramya Krishnan Takes His Place as the Show’s Host, Fans Are Impressed!

The report further states the details of the amount charged by Bigg Boss Telugu 3 contestants. As per the report, Sreemukhi was the highest paid contestant of this season. She was reportedly paid Rs 80 lakh due to her popularity. Varun Sandesh, Ali Reza and Baba Bhaskar were reportedly paid Rs 20-30 lakh whereas the rest of the contestants were paid between Rs 1 to 15 lakh. Stay tuned for further updates from the entertainment industry.

(The above story first appeared on LatestLY on Nov 08, 2019 01:59 PM IST. For more news and updates on politics, world, sports, entertainment and lifestyle, log on to our website latestly.com).