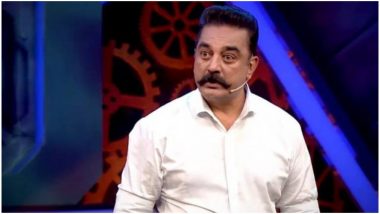 On Saturday, a crew member died in an accident on the sets of Bigg Boss Tamil. Reportedly, Gunasekharan, who was working as an AC mechanic on the sets of the Bigg Boss Tamil, was working on the second floor when he accidentally slipped and fell. He was immediately rushed to the hospital but the deceased, Gunashekaran breathed his last in the hospital on Saturday afternoon. However, an official complaint was filed in the Nazarathpet Police Station in Chennai. The police is reportedly looking into the incident.

Well, this is not the first time that such an untoward incident has taken place on the sets of Bigg Boss Tamil. Earlier, during season 1 of Bigg Boss Tamil that took place in Mumbai, one of the crew members was electrocuted; The 28-year-old man died from the resulting seizures.

Kamal Haasan's Bigg Boss Tamil season 2 has become one of the most-watched reality TV shows among the Tamil-speaking population. So far Mahat, Vaishnavi, Shariq, Mamathi, Ananth, Ramya, Nithya, Ponnambalam and most recent being Sendrayan have been evicted from the house. While the show will end in just over 15 days, the high voltage drama inside the Bigg Boss Tamil 2 house seems never-ending as the housemates leave no stone unturned to take revenge on each other. While we can't wait to see who will take home the Bigg Boss Tamil trophy this year, let us know who are you rooting for in the comment section below. Watch this space for further updates.

(The above story first appeared on LatestLY on Sep 11, 2018 12:05 PM IST. For more news and updates on politics, world, sports, entertainment and lifestyle, log on to our website latestly.com).