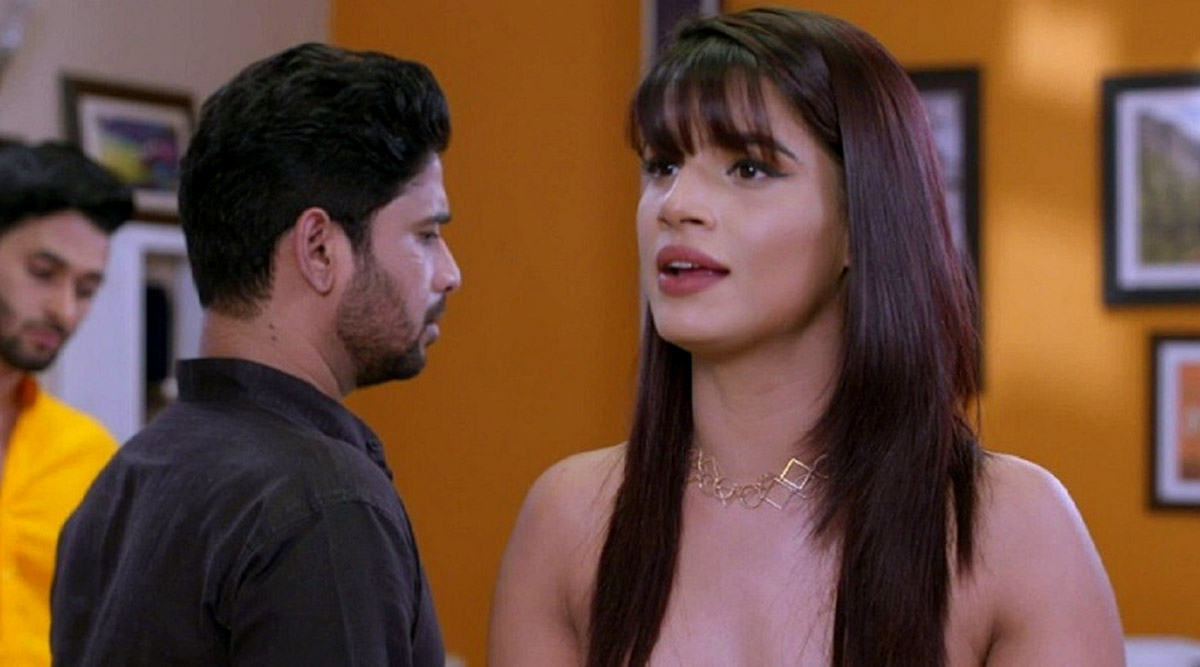 In yesterday’s episode of Kumkum Bhagya Prachi tries to follow the girl who is wearing her dupatta. Rhea notices that Prachi is following Roshlin. She helps her escape before Prachi finds out anything. Roshlin sees that Rhea has paid her less money. She promises to tell Prachi the truth if Rhea doesn’t pay the entire amount by the next day. Rhea goes to Prachi’s house to keep the clothes back. Pragya welcomes her in the house. Rhea talks to Pragya and feels she shouldn’t be so mean to Prachi. Ranbir gives Prachi a lift back home. Rhea sees him getting out of the car to propose Prachi. She gets upset and decides to share the MMS to everyone in college. Kumkum Bhagya January 6, 2020 Written Update Full Episode: Rhea Gets Prachi’s MMS Shot With a Body Double, While Ranbir Prepares To Confess His Love For The Latter.

In tonight’s episode we see Rhea walks off looking upset at Ranbir. He is still looking at Prachi. She is surprised to see Ranbir smiling at her. When Prachi and Shahana go home, Pragya (Sriti Jha) asks them if they saw Rhea. Prachi is least interested in her and she goes to her drawer to look for the dupatta. When she finds it, Prachi is still confused about how she saw the exact same dupatta with someone else.

That night Rhea is with Dimpy who sees the video and gets stunned. She doesn’t know about Rhea’s plan and begins insulting Prachi. Rhea gets a call from Sanju to ask if the work is done. Sanju is upset that Rhea shared it with her entire college. Rhea says she shared it from another phone in a group that Ranbir is not a part of. Rhea wants to see Ranbir’s reaction when he sees the MMS clip.

The next morning, Pragya gets a weird feeling and wants Prachi and Shahana to not go to college. Prachi insists on going but finds everyone is behaving weird when she gets there. Sanju is hiding in the college waiting to talk to Rhea. Prachi finds one of the boys calling her ‘hot’ as he watches the MMS. Seeing the MMS, Prachi throws the phone and runs into the washroom. Kumkum Bhagya January 3, 2020 Written Update Full Episode: Rhea Gets Furious on Seeing Ranbir Propose to Prachi, Sanju Prepares to Make a Viral MMS.

Ranbir is telling one of his friends that he loves Prachi. His friend shows him Prachi’s MMS clip. Abhi’s(Shabir Ahluwalia) assistant reminds him that he needs to go to college for a committee member’s meeting and takes Vikram along. Ranbir goes to the washroom to try and console Prachi. He says that he knows it is fake and asks Prachi to ignore what everyone says.