For India, the season finale episode of Loki on Disney + Hotstar got a tad bit more special. The reason being Sonakshi Sinha and Gippy Grewal's Swag Saha Nahi Jaye song from Happy Phir Bhag Jayegi finds a place in it. 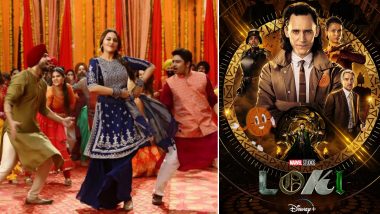 Yet another MCU series on Disney+ Hotstar comes to an end. Yes, we are talking about Loki which had its season finale on Wednesday. This is one series that has left Marvel fans extremely amused, excited and deeply enriched throughout its journey.  For India, the season finale episode got a tad bit more special. The reason being Sonakshi Sinha and Gippy Grewal's "Swag Saha Nahi Jaye" song from Happy Phirr Bhag Jayegi finds a place in it. Loki Episode 4 Song If You Love Me: From the Artist to the Lyrics, Know More About the Track That Played During the End-Credits of Tom Hiddleston’s Marvel Series.

At the start of the episode, the camera zooms in from outer space and you get to hear some inspirational quotes by legendary World leaders like Nelson Mandela, Malala and others. In the backdrop, you can hear snatches of a few songs and the Happy Phirr Bhag Jayegi track can be heard too. What confirmed our hunch is the song has been credit at the end. It is written by Mudassar Aziz with music by Sohail Sen. The singers are Sohail Sen, Shadab Faridi and Neha Bhasin. Loki: Forget Kang the Conqueror! This Fan Theory Exposes a Not-So-Secret Villain Behind TVA, and It Makes One Helluva Sense!. 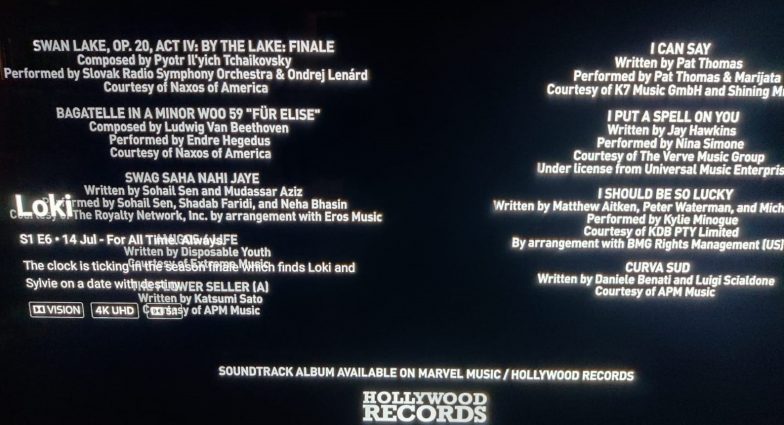 Now check out the track here...

From watching Loki cry for his family to accepting his bi-sexuality, this Tom Hiddleston show has given the entire superhero-loving fandom something to look forward to. We are surely going to miss the antics of the God Of Mischief for now.

(The above story first appeared on LatestLY on Jul 14, 2021 02:08 PM IST. For more news and updates on politics, world, sports, entertainment and lifestyle, log on to our website latestly.com).