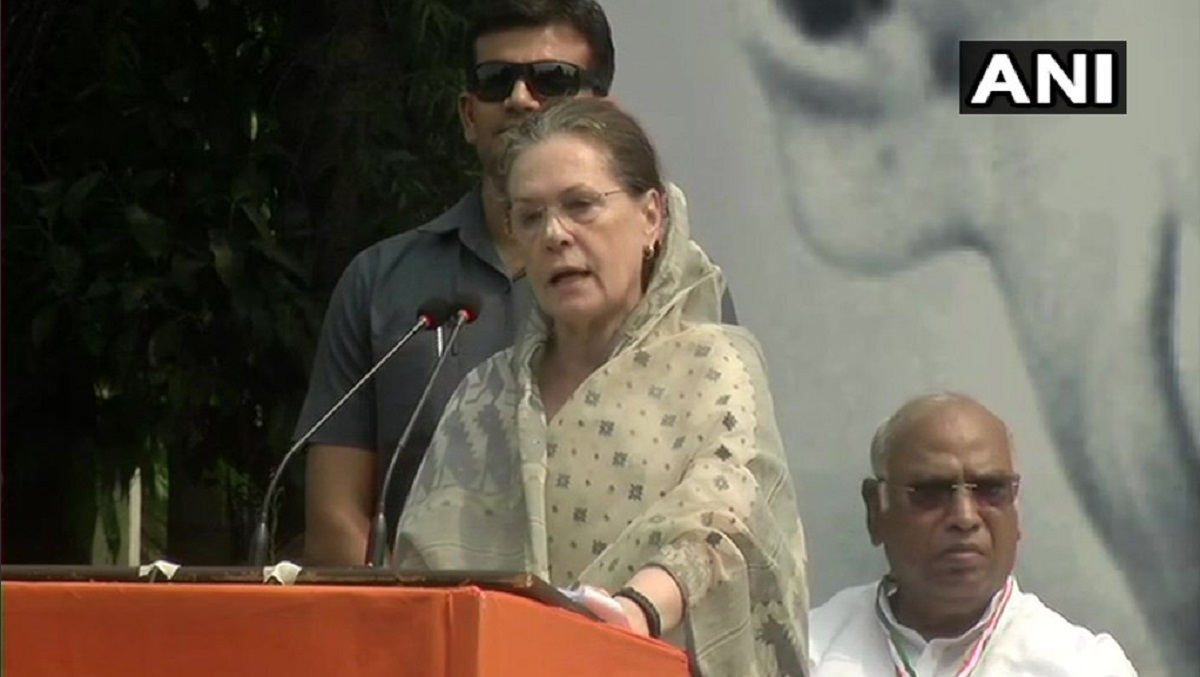 New Delhi, October 8: Congress party chief Sonia Gandhi on Tuesday extended her greetings on the occasion of Vijayadashmi. "Followed by days of fasting and worship, the festivities of Dussehra signify the victory of truth over untruth, virtue over vice and good over evil and provides us with the message of goodness, modesty, moderation and the holy and unassailable position of women," she said.

"Vijayadashmi also underlines that, arrogance and injustice, even of the most powerful are ultimately defeated," Gandhi added. She expressed hope that this Vijayadashmi will bless all with peace, prosperity and righteousness.In the morning, Congress leaders Rahul Gandhi and Priyanka Gandhi Vadra had also wished citizens on the occasion. Sonia Gandhi Mulls Revival of Congress Ahead of Assembly Polls in 4 States Due This Year.

Taking to Twitter, Rahul said, "The eventual triumph of good over evil is a universal truth. Today we celebrate and reaffirm our belief in that truth. My best wishes and greetings to each and every one of you, on the joyous occasion of Dussehra."

"Best wishes to all of you on Vijaydashmi which is about the victory of good over evil and triumph of simplicity over pride," Congress General Secretary Priyanka Gandhi Vadra wrote in Hindi on the micro-blogging site.