A total of 24 days of public holidays have been announced in the year 2023 as per the Christian calendar and one more day has been announced for banks. 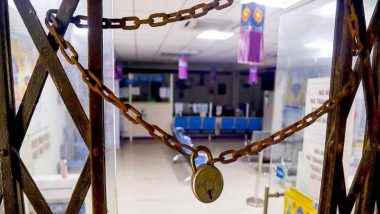 Mumbai, December 8: With the new year just around the corner, the Maharashtra government has announced public holidays for the year 2023. Some holidays are specific only to the state of Maharashtra and only observed in the state. For example, the annual holiday of Chhatrapati Shivaji Maharaj Jayanti which falls on February 19.

As mentioned before, Maharashtra has a few state-specific holidays. The information regarding holidays comes in handy when a gateway is calling. Scroll down to check the list of Maharashtra state holidays. Maharashtra-Karnataka Border Row: All 145 MSRTC Buses Carrying 7,000 Devotees Return to Kolhapur From Annual Fair in Saundatti.

According to the notification, Maharashtra has announced holidays on Republic Day on Thursday, January 26, Mahashivratri on Saturday, February 18th, and on Dr. Babasaheb Ambedkar Jayanti on Friday, April 14. In addition, holidays have been declared on Maharashtra Day on Monday, May 1, on Independence Day, Tuesday, August 15, Ganesh Chaturthi on Tuesday, September 19, etc. MCD Elections 2022: Delhi Government Schools To Remain Closed Tomorrow, MCD Schools To Function Online on December 5.

A total of 24 days of public holidays have been announced in the year 2023 as per the Christian calendar and one more day has been announced for banks.

(The above story first appeared on LatestLY on Dec 08, 2022 03:08 PM IST. For more news and updates on politics, world, sports, entertainment and lifestyle, log on to our website latestly.com).