Nehra, 28, also carried a cash reward on his head and had been absconding for the past few years, before he was arrested yesterday evening 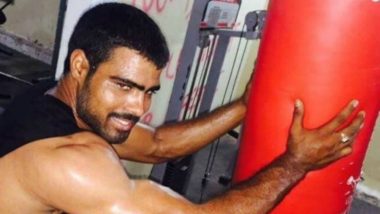 Chandigarh, June 7: The Special Task Force (STF) of the Haryana Police has arrested Sampath Nehra, one of the most wanted gangsters belonging to the Lawrence Bishnoi gang, from Hyderabad. With more than two dozen criminal cases pending against him in Haryana, Punjab, Rajasthan and Chandigarh, Nehra, 28, also carried a cash reward on his head and had been absconding for the past few years, before he was arrested yesterday evening, Haryana Police said.

Haryana DGP B S Sandhu congratulated the STF team on the achievement.

The gangster, a resident of village Kalauri in Rajasthan's Churu district, is allegedly wanted for several heinous crime including murder, attempt to murder, robbery and contract killing. He was actively involved in contract killing, police said.

Nehra and his gang were involved in an attempt to murder an INLD leader's brother, demanding ransom of Rs 3 crore from the owner of many medical stores in Chandigarh, opening of fire at a police team to free his associate Deepak from police custody and killing a person after looting his SUV at gunpoint in Kurukshetra area. He along with his gang member had killed Anand, a resident of Karaur, they said.

The gangster along with his colleagues had killed a man, a resident of Jaitapur in Sadulpur court in Rajgarh, Rajasthan. The accused is also charged in a murder case in Faridkot, Punjab, and killing of a retired Army personnel at Barona in Haryana, killing the husband of a woman councillor from Punjab, besides being involved in cases of ransom, murder, loot and robbery in different states.