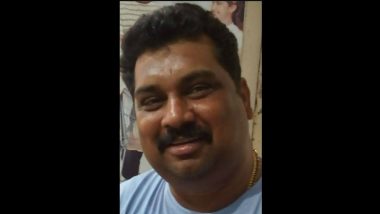 Mumbai, April 22: Shiv Sena leader Sachin Sawant was shot dead in Kandivali's Gokul Nagar around 9: 30 PM today. According to reports, multiple shots were fired at Sawant. He was rushed to  the Shatabdi hospital. The hospital authorities declared him brought dead.

According to reports, personal enmity is the main cause of Sawant’s murder. Only few days back he was made the Deputy branch head of Shiv Sena.

Four bullets were fired on Sawant by two shooters in Akurli area of Kandiwali. They fled the spot after firing the bullets. He was also attacked times before this incident. Police investigations are underway.

This was the second attack on Shiv Sena leaders in the past two days. Earlier on April, 20 a Shiv Sena worker was killed and his body was set ablaze on  in Maharashtra's Thane city. The deceased was identified as Shailesh Nimse. According to Additional Superintendent of Police (ASP) Prashant Kadam,  half burnt body of Nimse was found near Ganeshpuri. Nimse was a local Sena leader from Shahpur tehsil.

(The above story first appeared on LatestLY on Apr 22, 2018 11:30 PM IST. For more news and updates on politics, world, sports, entertainment and lifestyle, log on to our website latestly.com).