A 23-year-old bank employee from Delhi was gang-raped and threatened by four men in Tamil Nadu's Kumbakonam district on December 3. 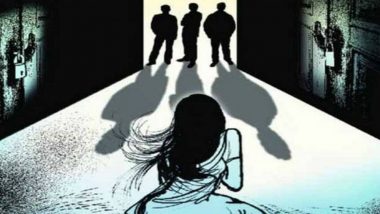 Chennai, December 7: A 23-year-old bank employee from Delhi was gang-raped and threatened by four men in Tamil Nadu's Kumbakonam district on December 3. Out of four people, local police have arrested two people and have sent them to judicial custody. The Mirror Now reported that the Lawyer's association have decided that no lawyer will represent the accused men. Delhi Shamed Again: 21-Year-Old Woman Gang-Raped by Friend and Three Others.

Later, the survivor shared the incident with her colleague and they filed a police complaint with the Kumbakonam police station. Based on the complaint, the police have arrested two of the accused and booked them under Sections 354 (Assault), 366 (kidnapping), 376 (rape) and 506 (criminal intimidation) of the Indian Penal Code (IPC). While the search is on for other two absconding accused.

(The above story first appeared on LatestLY on Dec 07, 2018 02:27 PM IST. For more news and updates on politics, world, sports, entertainment and lifestyle, log on to our website latestly.com).