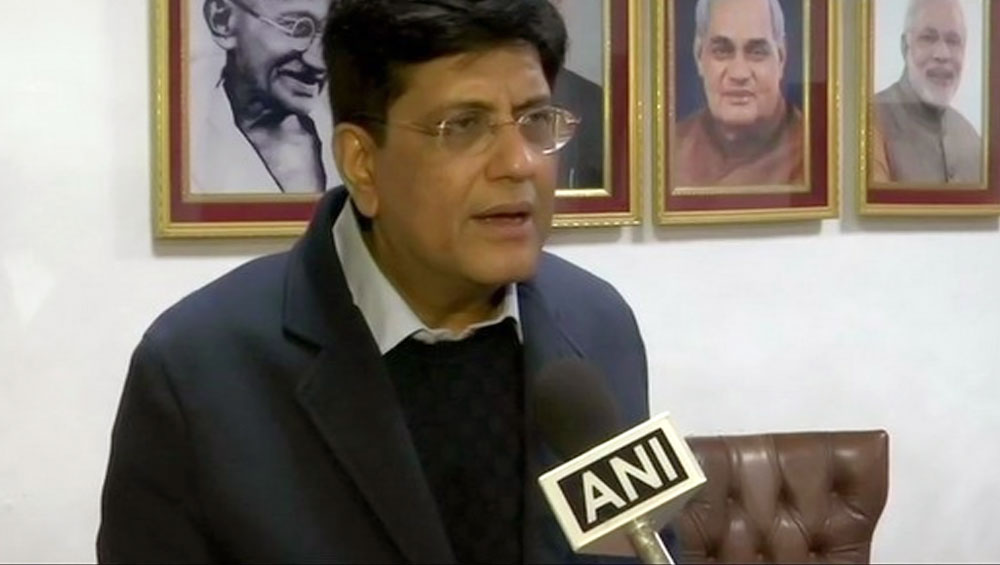 New Delhi, January 16: A day after the world's richest person Jeff Bezos announced fresh USD 1 billion investment in India, Union Commerce and Industry Minister Piyush Goyal on Thursday said his firm Amazon was not doing a favour to the country by the investments and questioned how the online retailing major could incur such "big" losses but for its predatory pricing.

Goyal, who has not yet given Bezos an audience, said e-commerce companies have to follow Indian rules in letter and spirit and not find loopholes to make a back-door entry into multi-brand retail segment. Amazon to Invest $1 Billion to Help Digitise MSMEs, Traders Across India.

India does not allow foreign investment beyond 49 per cent in multi-brand retailing and has not yet approved any application of overseas retailers. "They (Amazon) may have put in a billion dollars but if they make a loss of a billion dollars every year, then jolly well will have to finance that billion dollar. So, it is not as if they are doing a favour to India when they invest a billion dollars," he said at the Raisina Dialogue here.

The USD 1 billion investment by Amazon.com to help bring small and medium businesses online is on the top of USD 5.5 billion funding it had previously announced. The minister wondered why an e-commerce market place model, where a firm provides an IT platform for buyers and sellers, incurring huge losses adding that it needs to be looked upon.

"They are investing money over the last few years also in warehousing and certain other activities, which is welcome and good. But if they are bringing in money largely to finance losses and those losses in an e-commerce market place model," Goyal said.

Fair trade regulator CCI (Competition Commission of India) has recently ordered a probe against e-commerce majors Flipkart and Amazon for alleged malpractices, including deep discounting and tie-ups with preferred sellers on their platforms.

The minister added that India allows foreign investments in e-commerce market place model and in this model buyers and sellers are free to trade, but the market place player cannot own the inventory, or they can not determine prices.

There are several established market rules for an e-commerce market place business in India and "I think as long as everybody follows these rules, we very much welcome e-commerce into India," he added. Further, he said that India has strict rules for FDI in multi-brand retail trading and anybody who tries to use the e-commerce market place model to get into the multi-brand retail space surreptitiously will have to be questioned and investigated. Jeff Bezos Says Amazon Will Invest $1 Billion in Digitising Indian SMBs.

"Whether they are doing that or not is a matter of the investigators to decide...whatever (would be their) findings, that should be respected by everybody," Goyal said. He reiterated that investors have to follow the laws in letter and spirit and do not try to find loopholes within the defined letter of the law.