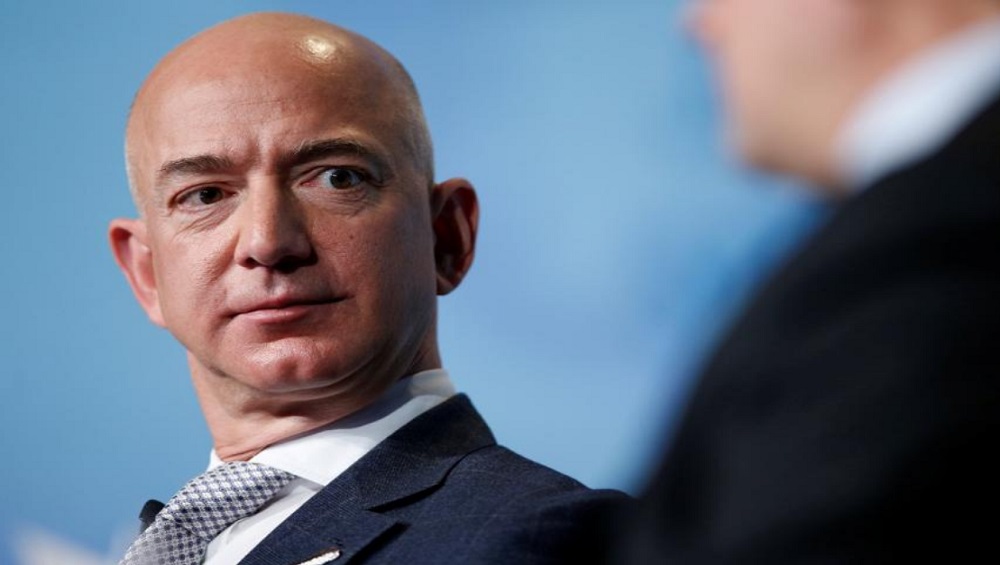 New Delhi, January 15: Amazon chief Jeff Bezos on Wednesday announced that the e-commerce major will be investing USD 1 billion, which is over Rs 7,000 crore in digitising small and medium businesses in India. He was quoted saying, " 25 years ago Amazon was an SMB. Today we are announcing that we are going to invest $1 billion in digitising SMBs."

Bezos arrived in the national capital on Tuesday for a three-day official trip. He kicked off the event called ‘Amazon SMBhav’ in Delhi and said that the company will use its global footprint to export USD 10 billion worth of Make In India goods by 2025. Jeff Bezos India Visit: Several Small Traders Across 300 Cities Plan Protests Against Amazon Over Discount.

Amazon India Marketplace is a huge success and has formed the basis of the company’s India business. Bezos further stated that the India-US alliance will be the most important in the 21st century.

Bezos is in India this week and is expected to meet top government functionaries, including Prime Minister Narendra Modi, business leaders and SMBs. On the occasion of Bezos' visit to India, several small traders across 300 cities have planned protests, claiming the e-commerce giant has affected the local retail market.