Maharashtra Home Minister Anil Deshmukh has resigned from his post, hours after the Bombay High Court asked the Central Bureau of Investigation (CBI) to probe the corruption allegations levelled against him by former Mumbai Commissioner of Police Param Bir Singh. 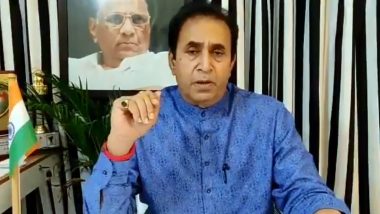 Following the High Court ruling, a high-level NCP meeting was convened by Pawar in which Deputy Chief Minister Ajit Pawar and other senior leaders were present to discuss the ramifications even as the Opposition Bharatiya Janata Party clamoured for Deshmukh's resignation.

(The above story first appeared on LatestLY on Apr 05, 2021 03:37 PM IST. For more news and updates on politics, world, sports, entertainment and lifestyle, log on to our website latestly.com).