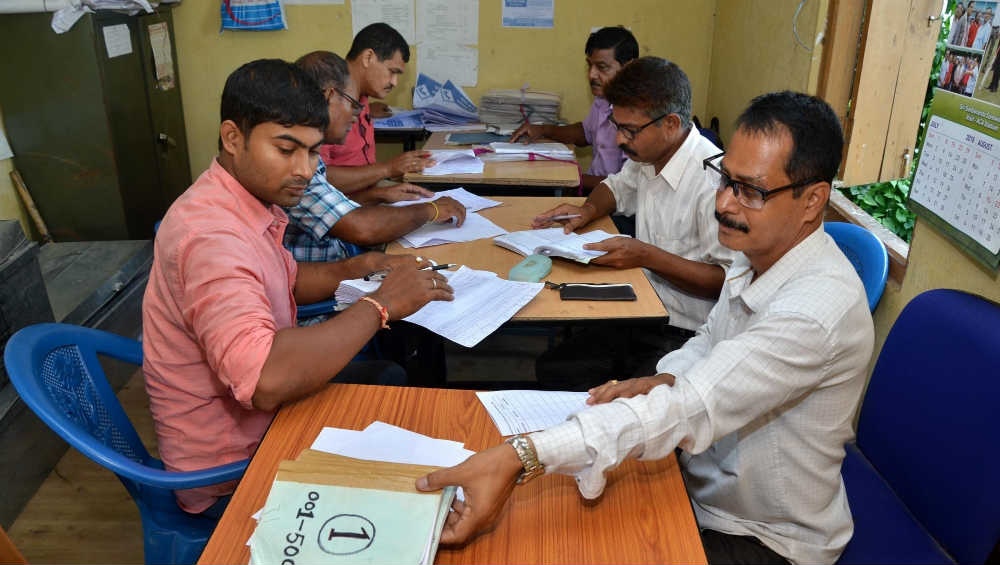 Guwahati, February 11: All data of the final list of the National Register of Citizens (NRC) has been made offline from its official website due to non-renewal of contract with the IT firm Wipro, prompting the Opposition Congress to doubt it as a "malafide act". The complete detail of exclusion and inclusion of bonafide Indian citizens in the NRC was uploaded on its official website 'www.nrcassam.nic.in' after the final list was published on August 31, 2019.

However, the data was not available for the last couple of days and it created panic in the public, mostly among the people excluded from the list as the rejection certificates were yet to be issued. When contacted, NRC State Coordinator Hitesh Dev Sarma accepted that the data have been made offline, but refuted the allegation of any "malafide" intent in it. Like Aadhaar Data, Secure Assam NRC Data: Supreme Court.

"The cloud service for the huge set of data was provided by Wipro and their contract was till October 19 last year. However, this was not renewed by the earlier Coordinator. So, the data got offline from December 15 after it was suspended by Wipro. I assumed charge on December 24," Sarma told PTI.

He informed that the state coordination committee had decided to do necessary formalities in its meeting on January 30 and wrote to the Wipro during the first week of February. "Once Wipro makes the data live, it will be available for the public. We hope that people will be able to access it in the next 2-3 days," Sarma said.

Reacting to the development, Leader of the Opposition in Assam Assembly Debabrata Saikia wrote to the Registrar General of India and requested him to look into the matter urgently. "It is a mystery as to why the online data should vanish all of a sudden, especially as the appeals process has not even started due to the go-slow attitude adopted by the NRC Authority. There is, therefore, ample scope to suspect that the disappearance of online data is a malafide act.

"Indeed, the deletion of data from the NRC website at a time when the appeals process is yet is start, is prima facie a deliberate violation of the directive issued by the Hon'ble Supreme Court. "This act also violates the rules pertaining to the NRC, which stipulates various processes post publication of the NRC," Saikia wrote in the letter.

The final NRC was published by excluding 19,06,657 persons. A total of 3,11,21,004 names were included out of 3,30,27,661 applicants. After the earlier NRC State Coordinator Prateek Hajela was released on November 11 following his transfer to home state Madhya Pradesh on a direction from the Supreme Court, Sarma was appointed in his place on November 9.

However, Sarma did not join immediately and went on a month-long leave after the Congress and other organisations opposed his appointment due to his alleged "highly partial and controversial" posts on social media.