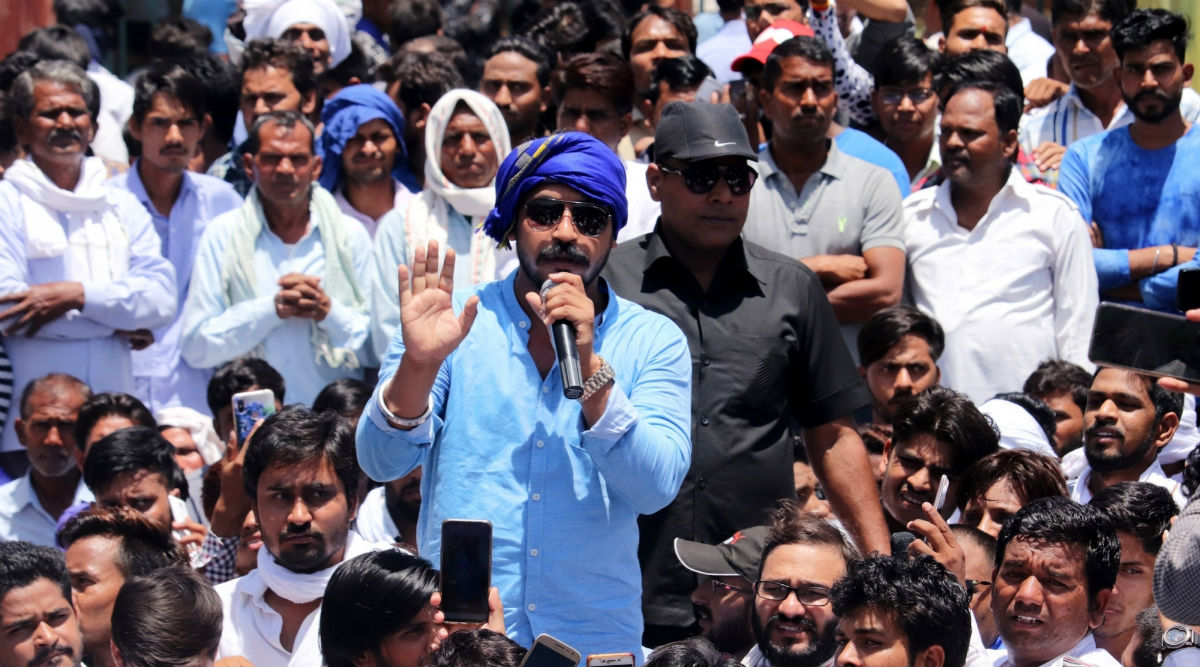 New Delhi, February 22: Chandrashekhar Azad's Bhim Army will observe a 'Bharat bandh' today, February 23. Chandrashekhar Azad has called for the nationwide shutdown to protest against the Supreme Court's assertion that there is no fundamental right to claim reservation in promotion and states are not bound to provide reservation in appointments. Several social and political outfits have announced their support for the 'Bharat bandh' call given by Azad. Chandrashekhar Azad Hits Out at KCR: 'Forcibly Sent Back to Delhi...Dictatorship at Peak in Telangana'.

Earlier this month, the Supreme Court has said that there is "no fundamental right which inheres in an individual to claim reservation in promotions". "In view of the law laid down by this Court, there is no doubt that the State Government is not bound to make reservations... No mandamus can be issued by the Court directing the State Government to provide reservations," a bench comprising Justices L Nageswara Rao and Hemant Gupta held.

This was seen by many as a step towards ending reservation for Scheduled Castes, the Scheduled Tribes and OBCs. Following the apex court's observation, Azad called for a 'Bharat bandh' to build pressure on the government to bring an ordinance to nullify the ruling. In Bihar, Lalu Prasad Yadav's RJD Upendra Kushwaha-led Rashtriya Lok Samta Party (RLSP), Jitan Ram Manjhi’s Hindustani Awami Morcha, and Pappu Yadav’s Jan Adhikar Party have lent their support.

Ahead of the protest, Azad said that the dream of "Hindu Rashtra" will never be fulfilled. "With Bharat Bandh, the country's Bahujan Samaj will send a message that RSS and BJP will never succeed in making Hindu Rashtra. We will make India of Ambedkar's dream," Azad tweeted.

In reply, Minister of Social Justice and Empowerment Thawarchand Gehlot had told Parliament that the Centre was not a party in the SC, adding that the top court order pertained to a decision of the Uttarakhand government taken in 2012 when the Congress was in power in the state.