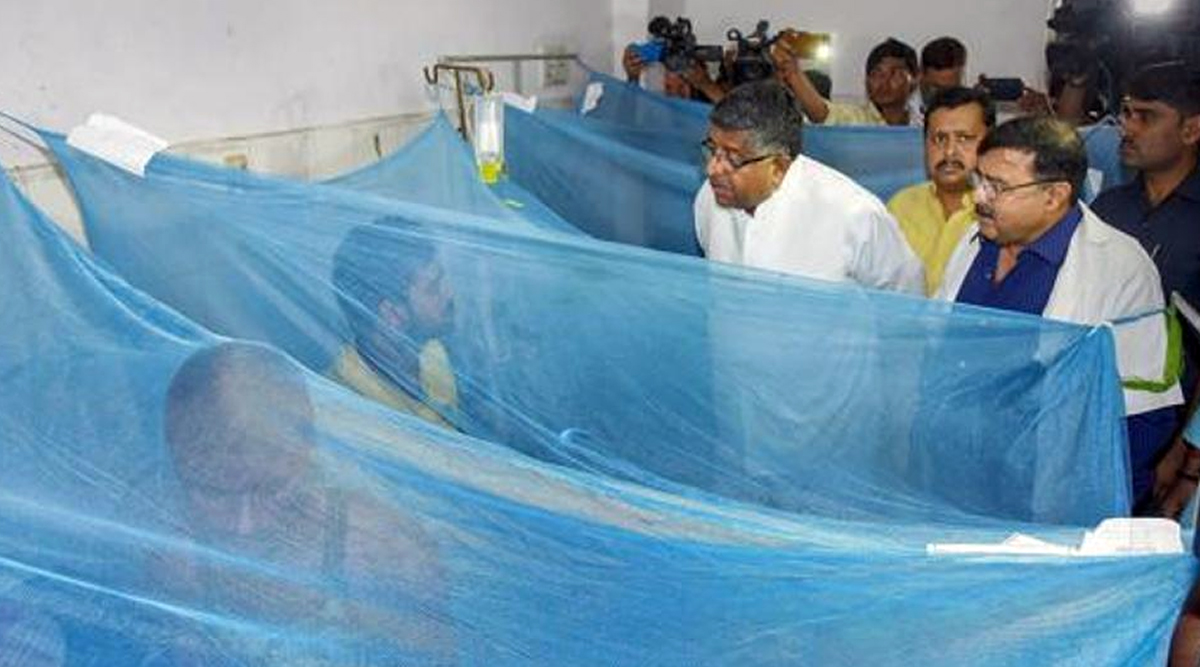 Patna, October 12: After the devastating floods that brought Patna to a standstill, the city faces another challenge, that of Dengue cases rising at an alarming rate. In the last few days, there has been a spike in the dengue cases which is only getting worse with every passing day. Over the last 24 hours alone, 187 new cases have been reported from the state of Bihar. Union Minister Ravi Shankar Prasad had recently visited the Patna Medical College to see the patients getting treated for Dengue there. Bihar Floods: 73 Dead, NDRF Evacuates Over 9,000 People From Affected Areas.

So far, around 1,400 people have been tested positive for dengue in Bihar including 1,135 cases in Patna due to waterlogged streets and the relentless rain in the region. The official also informed ANI that the local authorities of the state have launched a fumigation drive to combat the mosquito-borne disease from spreading further.”

The team of experts has also told us that the vector density of mosquitoes is increasing. Twenty-four teams are spraying Temefos in Patna to kill mosquitoes.

However, Kumar denied the outbreak of the vector-borne disease in Patna due to the monsoon season. “According to a team of experts from the National Institute of Malaria Research and Rajendra Memorial Research Institute of Medical Sciences, Patna, there is no indication of an outbreak of the vector-borne disease in Patna.” Apart from Patna, low-lying areas like Kankarbagh, Rajendra Nagar, Gardani Bagh, Dak Bungalow and SK Puri are also submerged in water due to heavy rainfall and choked sewage. (With ANI Inputs)