At least 16 people have died in Bihar's West Champaran district after consuming spurious liquor over the last few days, officials said, adding that more than 12 people have also been hospitalised in a serious condition. 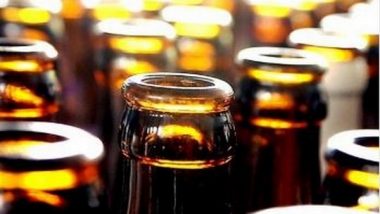 Patna, July 18: At least 16 people have died in Bihar's West Champaran district after consuming spurious liquor over the last few days, officials said, adding that more than 12 people have also been hospitalised in a serious condition. Tejashwi Yadav, the Leader of Opposition in Bihar assembly has slammed the Nitish Kumar government over this incident.

"CM Nitish Kumar is the patron of liquor mafia in Bihar. He has been allowing liquor mafia to smuggle, trade and sell in Bihar and his police used to book poor and innocent people in alleged cases of it. They are putting poor and Dalit people of Bihar in jails," Tejashwi said on Saturday. Bhakt Charan Das, Congress leader, and in-charge of Bihar has decided to launch a "parallel investigation" into the Bettiah liquor incident. Uttar Pradesh Hooch Tragedy: 5 Dead After Consuming Spurious Liquor in Bulandshahr, 16 People Undergoing Dialysis; CM Yogi Adityanath Orders Strict Action.

"We will send a dedicated team in Bettiah (in West Champaran district) to investigate the incident separately and bring actual reasons and death toll. The team members will meet with families of the deceased. The local police are trying to hide facts and reasons behind the incident," Das said.

"The area belongs to deputy CM Renu Devi. She should visit affected villages in Lauria block and meet with deceased families," Das said. The spurious liquor case was reported in Deurwa and adjoining villages after villagers consumed poisonous liquor on Tuesday evening and became ill. The first casualty was reported on Thursday.

The residents of Deurwa village alleged that liquor sales were openly taking place in the village and people from adjoining villages come there as well to purchase liquor.

(The above story first appeared on LatestLY on Jul 18, 2021 11:54 AM IST. For more news and updates on politics, world, sports, entertainment and lifestyle, log on to our website latestly.com).