In the wake of the current weather conditions, Odisha, Andhra Pradesh and parts of South India brace for heavy rainfall and strong winds. The IMD said that cyclone is likely to move nearly westwards and cross north Andhra Pradesh-south Odisha coasts between Kalingapatnam and Gopalpur around Sunday evening. 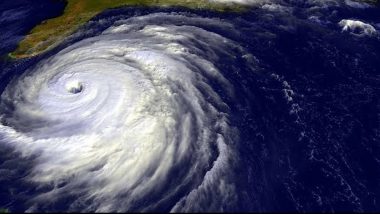 According to the weather forecast by the India Meteorological Department (IMD), the cyclonic storm 'Gulab' lay centered about 370 km east-southeast of Gopalpur of Odisha and 440 km east of Kalingapatnam of Andhra Pradesh on Saturday evening. The IMD said that cyclone is likely to move nearly westwards and cross north Andhra Pradesh-south Odisha coasts between Kalingapatnam and Gopalpur around Sunday evening. Cyclone Update: NDRF Deploys 18 Teams in Andhra Pradesh, Odisha in View of Impending Cyclonic Storm in the Bay of Bengal.

Due to the impact of Cyclone Gulab, heavy rainfall is would occur in some places of Kendrapada, Jagatsinghpur, Puri, Khordha, Ganjam, Nayagarh, Kandhamal, and Cuttack districts. The coastal and south Odisha districts are very likely to experience heavy to very heavy rainfall for the next two days.

According to details by Special Relief Commissioner PK Jena, as many as 42 ODRAF teams, 24 NDRF teams, and 102 Fire Service teams will be deployed in seven districts that are likely to be most affected by the cyclonic storm.

(The above story first appeared on LatestLY on Sep 26, 2021 07:13 PM IST. For more news and updates on politics, world, sports, entertainment and lifestyle, log on to our website latestly.com).