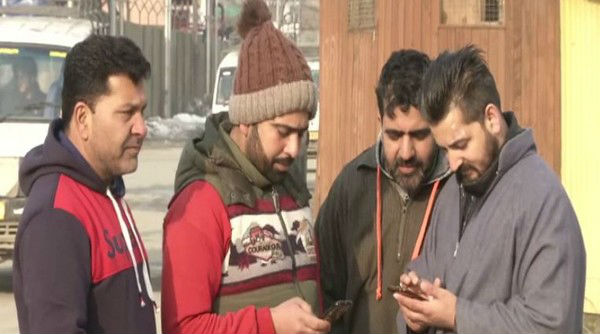 New Delhi, March 25: With a surge in mobile internet consumption amid a countrywide lockdown, all companies in the digital industry have decided to "temporarily default High Definition (HD) and ultra-HD streaming to Standard Definition (SD) content" or offer only SD content at bitrates no higher than 480p on cellular networks until April 14, according to public broadcaster Prasar Bharati.

The move comes as there has been an unprecedented rise in mobile internet consumption as people are staying at their homes in the wake of COVID-19 threat. The decision was taken at a meeting held on Tuesday which was attended by senior leaders from the digital industry. Netflix, Amazon Prime Video And Other Online Content to be Censored? Prakash Javadekar Gives OTT Players 100 Days' Time to Set Up Adjudicatory Body And Finalise Code of Conduct.

The digital industry has decided to act in the larger national and consumer interest and to ensure the robustness of the cellular network. A 21-day lockdown has come into force from Tuesday midnight and Prime Minister Narendra Modi has made repeated appeals for social distancing. In his televised address to the nation, Prime Minister said that it is vital to break the chain of the disease that spreads very fast.