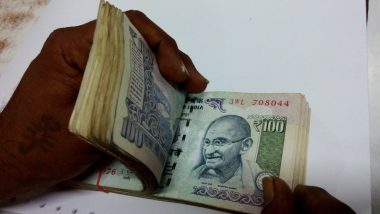 "More than 30 lakh non-gazetted employees will be benefited by the bonus announcement and total financial implication will be Rs 3,737 crores," Prakash Javadekar said at a press briefing. "The bonus will be given in a single instalment, through Direct Benefit Transfer, before Vijayadashami (Dussehra)," he added. Non-Gazetted Railway Employees to Get Productivity Linked Bonus by Government in 2019–20? PIB Fact Check Reveals Truth Behind Fake Post.

On October 12, Union Finance Minister Nirmala Sitharaman announced a number of measures to induce government employees to spend in the upcoming festive season, including 'LTC Cash Voucher Scheme' and a 'Special Festival Advance Scheme'. The LTC scheme provides central government employees allowance to travel a "once anywhere in India and once to hometown or twice for hometown visit" in a block of four years.

Under the 'Special Festival Advance Scheme', all gazetted and non gazetted officers can get an interest-free special festival advance of Rs 10,000, which will be recoverable in 10 instalments. They have to do the expenditure under the scheme by March 31, 2020. Diwali Bonus of Rs 9,100 to be Given to All BEST Employees, No BEST Bus Fare Hike Till 2021 Despite Escalating Losses.

The government has also announced to make a full cash payment on leave encashment and payment of a fare in three flat-rate slabs depending on the class of entitlement, including making the fare payment tax free. In May, the government had unveiled the much talked about Rs 20 lakh crore "Aatmanirbhar Bharat" economic package.

(The above story first appeared on LatestLY on Oct 21, 2020 03:27 PM IST. For more news and updates on politics, world, sports, entertainment and lifestyle, log on to our website latestly.com).