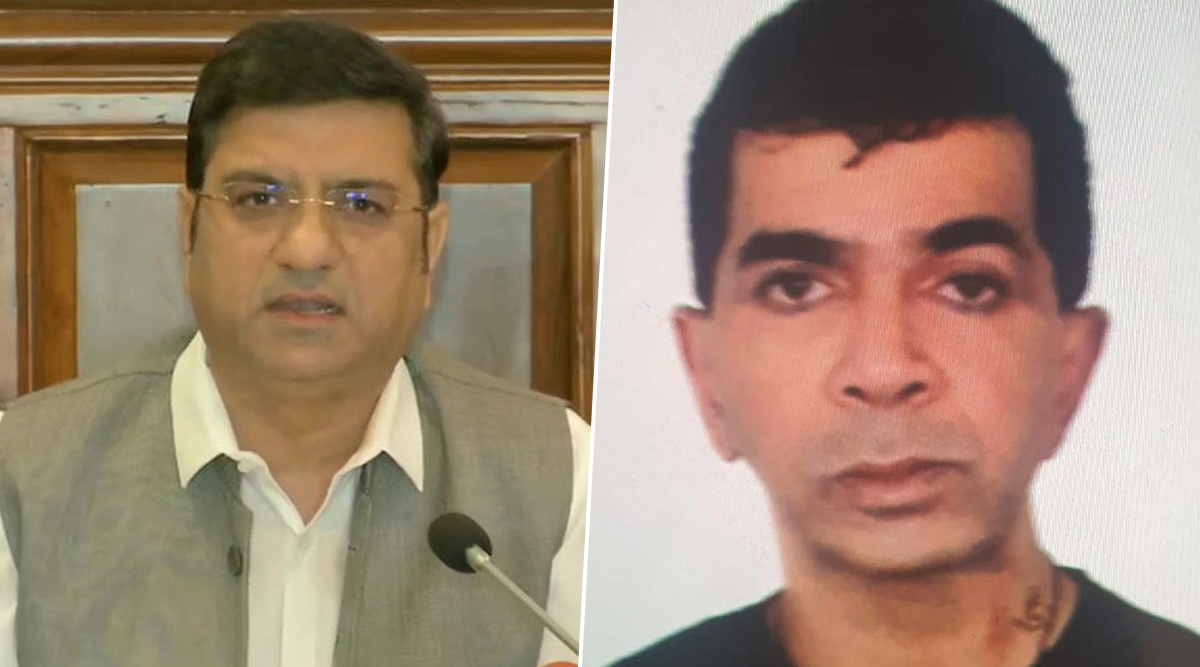 Patna, January 9: Fugitive gangster Ejaz Lakdawala has been arrested by the Mumbai Police from Patna on Thursday. According to a tweet by ANI, the gangster was arrested by Mumbai Police's anti extortion cell after receiving a tip-off about his location. Lakdawala has been remanded to police custody till January 21 by Court. Joint CP Crime, Santosh Rastogi was quoted by ANI saying that Lakadwala's daughter, who was already in Police custody, revealed a lot of things, which led to his arrest. "His daughter was in our custody. She gave a lot of information to us. Our sources also told us about his arrival in Patna,he was arrested in Jattanpur police station limits", Rastogi said.

Earlier this week, the Anti-Extortion Cell (AEC) of the Mumbai crime branch had arrested Ejaz's daughter Sonia Lakdawala, in the second case of extortion. According to a report by India Today, his daughter was involved in threatening and demanding extortion from a Bandra based realtor on the behest of her father Ejaz Lakdawala. Gangster Dilpreet Singh Baba, Who Shot Punjabi Singer Parmish Verma, Arrested From Chandigarh.

Joint CP Crime, Santosh Rastogi on arrest of gangster Ejaz Lakadwala: His daughter was in our custody. She gave a lot of information to us. Our sources also told us about his arrival in Patna,he was arrested in Jattanpur police station limits https://t.co/KHVuAUwTDv pic.twitter.com/jiHsBznV2Y

In December 2019, Ejaz's daughter Sonia, who after her marriage changed her name to Soniya Shaikh, was held at Mumbai international airport for allegedly trying to fly out on a fake passport. She was about to board a flight to Nepal when police detained her and, after checking her documents, she was arrested.

In April 2019, the AEC officials had arrested Ejaz’s elder brother Aquil for allegedly demanding money from Khar based developer. Police had then said that they had demanded Rs 50 lakh from a developer on Ejaz’s behest.