FreeFunder is Giving GoFundMe a Run for Its Money : Reports

John Symonds founded FreeFunder to solve a common issue most crowdfunding platforms present: charging a fee for using the service. He wanted to finance a short film but came to realize it would be hard to make every penny count if he had to pay 5-9% for simply using the website. 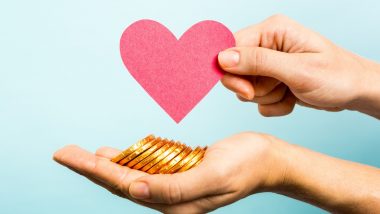 The term “crowdfunding” is well-known to internet users as more than one of them has come across a digital campaign or created one themselves. People turn to these platforms in times of need to help finance a special project or give support to someone who is struggling. That is why multiple companies have been founded to provide individuals the perfect place to hold their fundraisers, share them with the world, and meet their financial goals. Because of this, many users wonder which crowdfunding platform is the best. Although there are plenty of options, FreeFunder is giving GoFundMe a run for its money.

John Symonds founded FreeFunder to solve a common issue most crowdfunding platforms present: charging a fee for using the service. He wanted to finance a short film but came to realize it would be hard to make every penny count if he had to pay 5-9% for simply using the website. Instead, he decided to create his own platform, allowing users to create campaigns and share them without paying any platform fees.

The no-fees policy is key to helping those in need. Symonds says, “FreeFunder is for personal crowdfunding. That means it could be for any kind of emergent need like a hospital expense, funeral, vet bill, but it could also be for raising money for a honeymoon, a mission trip, a little league team. Any time there is a need, and there is a community interested in meeting that need, FreeFunder is the fastest and easiest way to gather people in one place to donate money and see the progress toward meeting that goal.”

At the time of its creation, the huge difference between FreeFunder and other crowdfunding sites was that FreeFunder did not charge any platform fees. Instead, they relied on customers’ voluntary donations. Later on, GoFundMe adopted the same model, creating an even closer competition between both brands. However, Symonds wanted to continue to innovate and improve the personal fundraising experience by incorporating several user-friendly features that make them the crowdfunding platform of 2021.

The most obvious feature to add was the mobile-friendly one. Most people donate from their phones, and creating a webpage that could be navigated easily from any smartphone makes donations even more possible. But the team did not stop there. They added seven other features that make FreeFunder stand out from its number one competitor.

Although many crowdfunding platforms were born in the last few years, not all care about their users as much as FreeFunder does. From the moment they went live, they have been creating features and upgrading their platform to make sure it is user-friendly, and it will not add an expense to an already difficult time. Instead, they offer a $0 platform fee that will allow them to create the perfect campaign, share it with the world, create that sense of community that stands behind crowdfunding, and meet their financial goals. FreeFunder is giving every crowdfunding platform a run for their money.