GDP Growth Slips to 5% in April-June Quarter, Down From 5.8% in Q4 of Last Financial Year 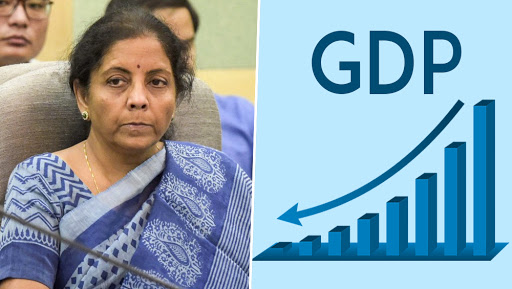 According to a poll conducted by the global news agency Reuters had predicted earlier that the GDP growth of the country might remain at 5.7 per cent in the first quarter of the current financial year. However, weak investment growth and sluggish demand have declined the GDP growth in the April-June quarter, which much slower than the government's expectation of 5.8 percent.

Details of the reports state that the growth in the various sectors -- agriculture, forestry and fishing; mining and quarrying; manufacturing; construction and financial, real estate and professional services -- are likely to be estimated at 2, 2.7, 0.6, 5.7, and 5.9 percent respectively. Earlier in August, RBI had lowered its outlook for the fiscal year 2019-2020. Combinedly, it has a combined 110 basis points since February.  Nirmala Sitharaman Announces Measures to Boost Indian Economy Amid Slowdown, Rolls Back Surcharge on FPIs, Removes Angel Tax on Start-Ups; Check Full List of Announcements

In the previous press conference, the Narendra Modi government allowed 100 foreign investment for coal mining, associated infrastructure and sales of fuel. It also liberalised foreign direct investment (FDI) rules in many sectors, to get economic growth back on track. However, Finance Minister, on last a Friday rolled back additional surcharge on Foreign Portfolio Investments (FPIs) to boost the economy.