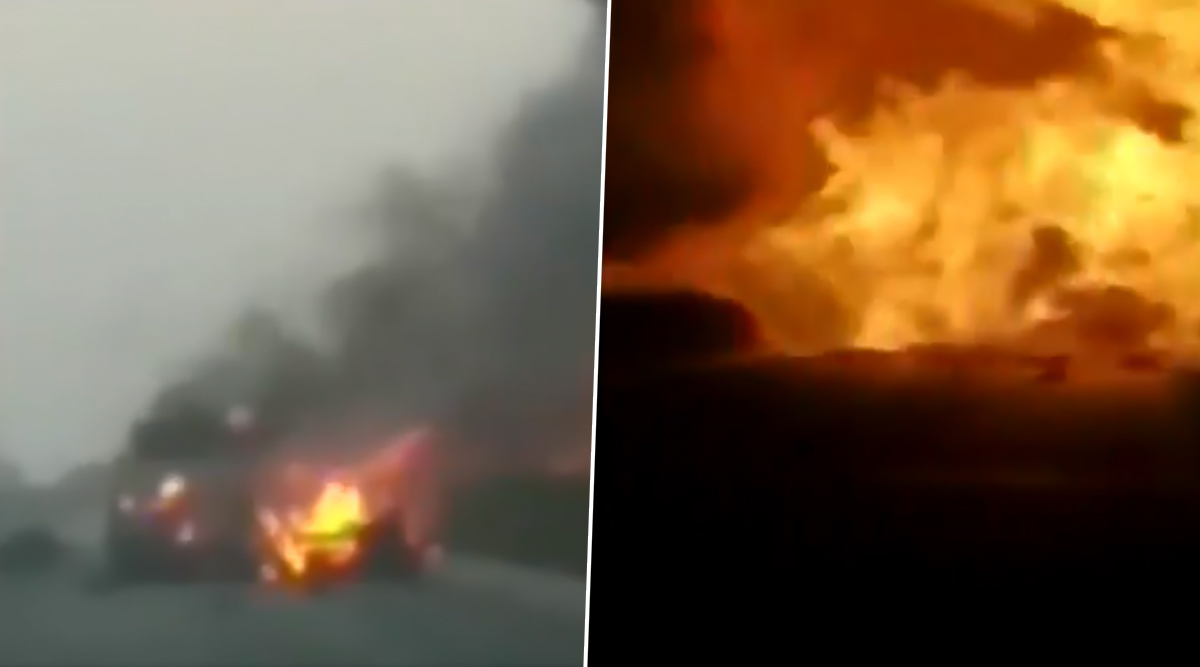 Surat, January 9: In a shocking incident, multiple explosions were reported on a street in Gujarat's Surat on Thursday. According to a tweet by ANI, the explosions took place after a mini truck full of LPG cylinders overturned in Surat on Thursday morning. School kids, who were on board a bus, had a narrow escape as the bus was engulfed in flames.

#WATCH Multiple explosions after a mini truck full of LPG cylinders overturned in Surat earlier today. Children in a school bus near the accident site were evacuated safely just before the bus was engulfed in flames. No injuries or casualties reported. #Gujarat pic.twitter.com/kJYZmEtJG8

Reports inform that a school bus carrying several kids was evacuated immediately after it was engulfed in flames. The children in a school bus near the accident site were evacuated safely. No injuries or casualties reported.

In May 2019, Surat had witnessed a massive blaze in which 19 people were killed. The fire broke out at a coaching centre at a shopping complex in Surat in which 19 students lost their lives. Chief Minister of Gujarat Vijay Rupani had  declared financial help of Rs four lakh each to the families of children who died in this incident.