South Korea’s automobile giant Hyundai faced severe backlash after the unsolicited social media post on Kashmir by their Pakistani partners stoked a major outrage in India. However, the offending post had been removed subsequently. 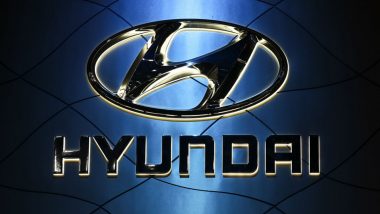 South Korea’s automobile giant Hyundai faced severe backlash after the unsolicited social media post on Kashmir by their Pakistani partners stoked a major outrage in India. However, the offending post had been removed subsequently.

The Ministry of External Affairs in their statement said, immediately after it was posted the Indian Ambassador in Seoul contacted the Hyundai Headquarters and sought an explanation.

“The strong displeasure of the Government on the unacceptable social media post by the Hyundai Pakistan was conveyed to him. It was highlighted that this matter concerned India’s territorial integrity on which there could be no compromise. We expected the Company to take appropriate action to properly address these issues,” the MEA statement reads.

The Ministry further informed that the South Korean Foreign Minister Chung Eui-Yong during the telephonic conversation with the External Affairs Minister Dr. S Jaishankar regretted the offense caused to the people and Government of India over the Hyundai Pakistan’s controversial remarks on Kashmir.

Earlier responding to the furore, Hyundai Motors in a statement released expressed their deep regret and said it does not comment on political or religious issues in any specific region. Emphasizing their commitment towards the Indian market, Hyundai India in their statement condemning the unsolicited action said, we stand firmly for our strong ethos of respecting nationalism.

“India is a second home to Hyundai brand and we have zero-tolerance policy towards insensitive communication and we strongly condemn any such view,” Hyundai India said.

On the other hand, hardening their stand on foreign investments, MEA said, “India welcomes investments by foreign companies in various sectors. But it is also expected that such companies or their affiliates will refrain from false and misleading comments on matters of sovereignty and territorial integrity.”

India being a second home to Hyundai brand has a full-fledged subsidiary here with three decades’ investment and has sold over 5,00,000 cars last year as against a total sell of 8,000 cars annually via ‘distributor’ in Pakistan.

Apart from Hyundai, other major corporates including KFC, Pizza Hut, and Dominos too faced the ire of their Indian customers with calls for the boycotts of their products over the posts on Kashmir by their Pakistani affiliates.

This was not the first time that Pakistan has misused platforms to propagate falls and malicious propaganda against New Delhi. Time and again, India had slammed Pakistan in the UN Security Council for raking up the Kashmir issue which is an integral and inalienable part of India, including the areas that are under the illegal occupation of Pakistan.

Why India is important for South Korea

India already stands as S.Korea’s seventh-largest exports market and the relationship indicates a huge potential given the latter’s technological offerings and India’s vast and unique consumer market. Besides, South Korean companies plan to move manufacturing outside China as it is becoming increasingly challenging for them to operate in Beijing due to the increased risk of doing business there and its recent imposition of economic sanctions on South Korea. The US-China Trade war made major South Korean exporters (Samsung and Hyundai) face grand losses. Thus, countries like India, which offers a less complex business and investment framework and cheaper labour, are no less than a natural destination for South Korea to strengthen its economic portfolio and cut down its dependence on its two traditional trade allies i.e. US & China.

(The above story first appeared on LatestLY on Feb 09, 2022 05:49 PM IST. For more news and updates on politics, world, sports, entertainment and lifestyle, log on to our website latestly.com).