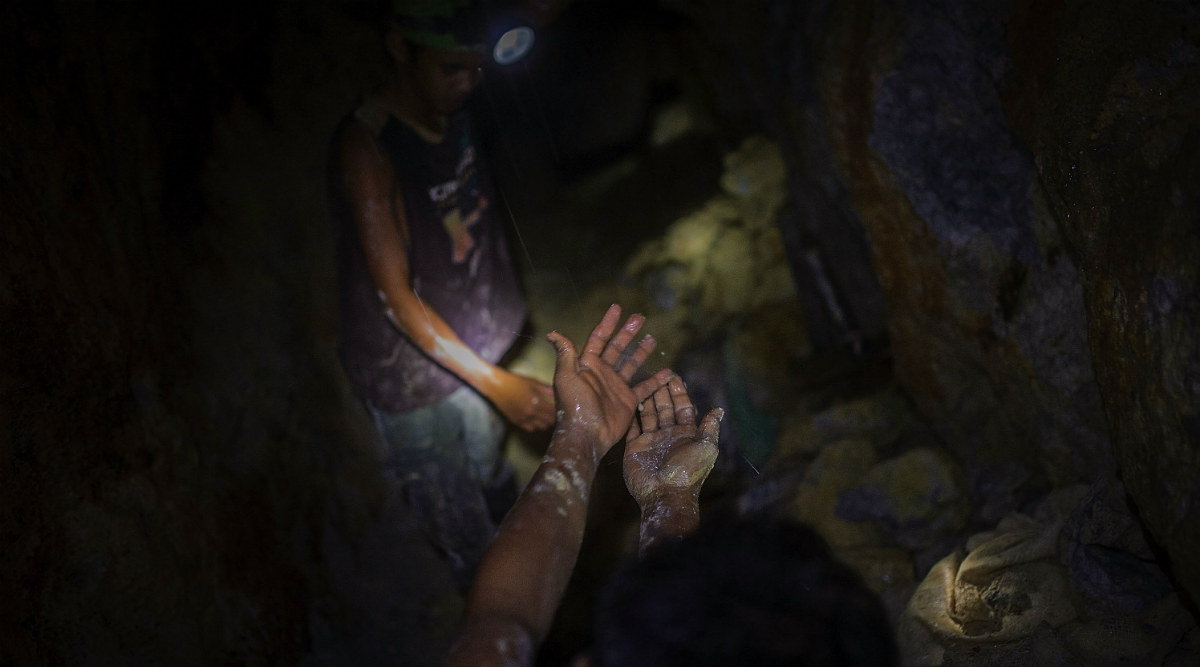 Sonbhadra, February 22: The Geological Survey of India (GSI) has discovered gold deposits estimated to be around 3,000 tonnes and worth Rs 12 lakh crore in Sonbhadra district of Uttar Pradesh, almost five times India's current reserve of the yellow metal.

The gold deposits were found in Son Pahadi and Hardi areas here, district mining officer K K Rai said on Friday. Work on finding gold reserves in Sonbhadra was started almost two decades back in 1992-93 by the Geological Survey of India, he said, adding that auctioning of these blocks through e-tendering would start soon. Gold Rush Hits Uttar Pradesh: 3,350 Tonne Goldmine Discovered by Geological Survey of India in Sonbhadra District.

The deposits in Son Pahadi are estimated to be around 2,943.26 tonnes, while that at Hardi block are around 646.16 kilogram, the official said.

He added that besides gold, some other minerals have also been found in the area.

As per the World Gold Council, India currently has 626 tonnes of gold reserves. The new reserves are almost five times that amount and estimated to be worth nearly Rs 12 lakh crore.

The British reportedly were the first to initiate the process of finding gold reserves in Sonbhadra region, which is more in the news for being a Naxalism-affected area. Indian-driven Gold Mining Project in Russia Praised at BRICS Summit 2018.

Interestingly, Sonbhadra - the second largest district of Uttar Pradesh - is the only district in the country which shares its borders with four states -- Madhya Pradesh to the west, Chhattishgarh to the south, Jharkhand to the south-east and Bihar to the east.