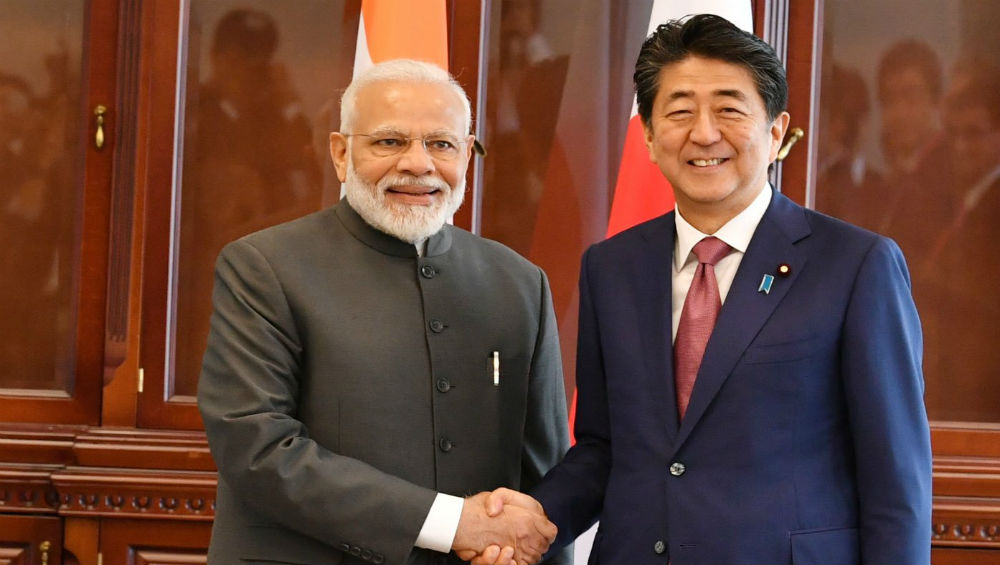 As Assam is protesting over the controversial law, Foreign Ministry spokesperson Raveesh Kumar on Thursday said that the government "doesn't have any update" on whether the India-Japan annual summit would go ahead from December 15 to 17 as planned. CAB Passage Jolts Northeast: Why Assam and Neighbouring States Are Up in Protest Against Citizenship Amendment Bill.

With reference to the proposed visit of Japanese PM @AbeShinzo to India, both sides have decided to defer the visit to a mutually convenient date in the near future.

Raveesh Kumar, MEA: With reference to the proposed visit of Japanese PM Shinzo Abe to India, both sides have decided to defer the visit to a mutually convenient date in the near future. pic.twitter.com/wNET2IN3Z8

Last week, the external affairs ministry had announced a summit between Japanese Premier and PM Modi. Though the venue was not announced for the summit, preparations were initiated to host it in Guwahati. Last year, Japan hosted the summit in Yamanashi Prefecture.

Assam has been witnessing violent protests in the last two days with angry demonstrators hitting the streets daring prohibitory orders to demand termination of the bill. At least two people died on Thursday after police open fired on protesters in Guwahati. Several flights and trains have been cancelled to and from Guwahati amid the protests.

On Thursday,  Bangladesh Home Minister Asaduzzaman Khan and Foreign minister AK Abdul Momen cancelled their visits to India amid violent protests in the northeast. Khan was scheduled to visit an event in Meghalaya today.