CAB Passage Jolts Northeast: Why Assam and Neighbouring States Are Up in Protest Against Citizenship Amendment Bill 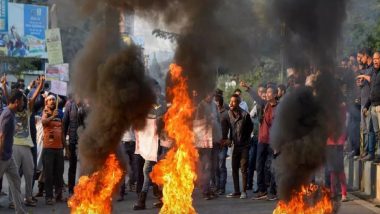 Guwahati, December 12: Ever since the Citizenship Amendment Bill (CAB) 2019 was tabled in the Parliament, panic and anxiety gripped the Northeast, with scores marching out in protest against the proposed law to naturalise non-Muslim refugees. The agitation peaked on Wednesday as Rajya Sabha cleared the decks for CAB implementation. Unlike a significant portion of the CAB critics who are opposing the law due to its alleged communal colour, the Northeast is up in protest to safeguard its "culture, ethnicity, demography and linguistic identity".

Why Assam and Neighbouring States Are Up in Protest

The scenes which have emerged from Assam over the last 72 hours are reminiscent of the students' agitation of early 1980s' which led to the then Rajiv Gandhi government signing the Assam Accord. The All Assam Students' Union (AASU), which is leading the current round of agitation along with the North East Students' Union (NESO), claim that the CAB would violate provisions of the Assam Accord, particularly "Clause 6".

What is "Clause 6" of Assam Accord?

Clause 6 was inserted into the Assam Accord after weeks of negotiation in 1984 between AASU and the Rajiv Gandhi government. The clause, a crucial part of the Assam Accord, is aimed at safeguarding the cultural and linguistic identities of the indigenous people.

"Constitutional, legislative and administrative safeguards, as may be appropriate, shall be provided to protect, preserve and promote the cultural, social, linguistic identity and heritage of the Assamese people," reads the Clause 6 included in the Accord.

How It Could be Violated Through CAB?

The AASU, NESO and Opposition parties in Assam allege that the CAB, once implemented, would bring the Bangladeshi Hindu immigrants at par with the indigenous population. The tribal indigenous communities have a distinct identity as compared to the tribals of Assam -- who claim to be the original inhabitants of the land.

The protesting bodies allege that Clause 6, which guarantees the protection of indigenous language and culture, would be violated as CAB would give legal status to scores of illegal settlers based in the region. Entire Northeast would be overrun by outsiders if the law is implemented, they allege. 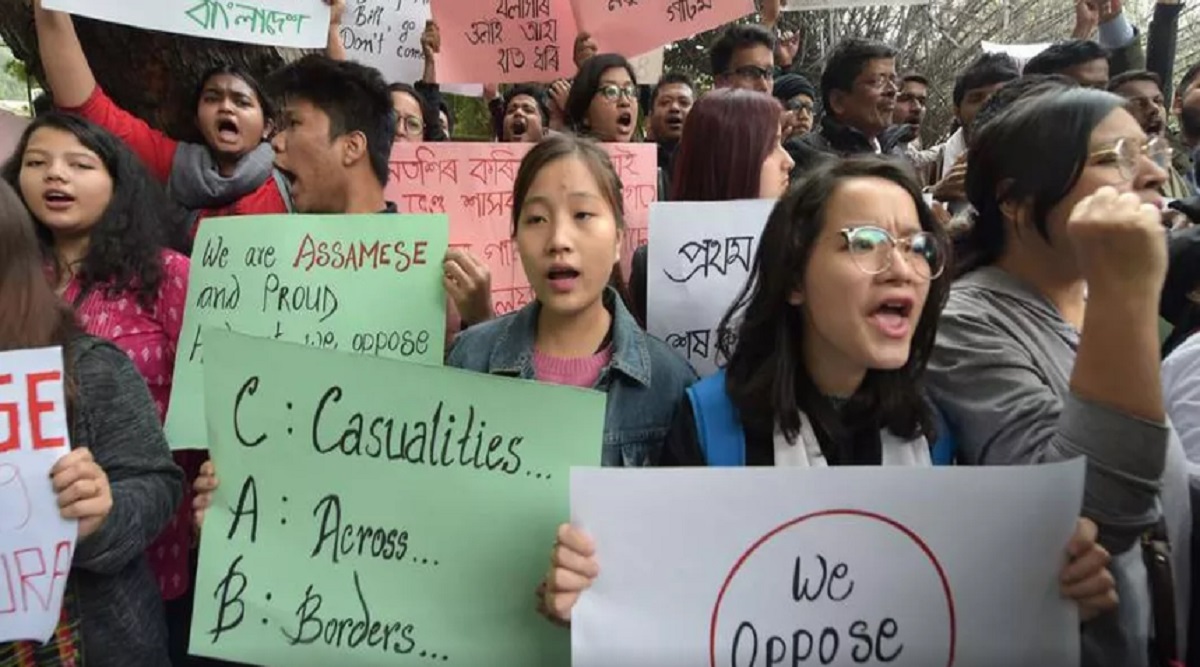 Students in Assam out in protest | (Photo Credits: PTI)

Hasn't The Centre Given Exemption to Northeast From CAB?

Ahead of the CAB passage, amendments were made to the draft legislation to address the concerns of Northeastern states. Section 6B, Clause 4 inserted into the amended law states that the CAB would not be implemented in areas falling under Sixth Schedule of the Constitution as well as those areas with Inner Line Permit.

The Sixth Schedule of the Constitution includes Assam, Meghalaya, Mizoram and Tripura, whereas, the Inner Line Permit is applicable in Arunachal Pradesh, Nagaland and Mizoram.

What is Sixth Schedule?

This refers to a provision in the Constitution which allows Northeastern states with significant tribal populations to form autonomous district councils (ADCs). The autonomous bodies are mandated to form their own laws and restrict outsiders or people not belonging to the specific tribe settled in the region from staying there.

The ILP or Inner Line Permit regime makes it mandatory for visitors or outsiders to obtain a special permit from the state government to visit the region. The ILP also bars visitors from permanently settling in the state or owning land and property. 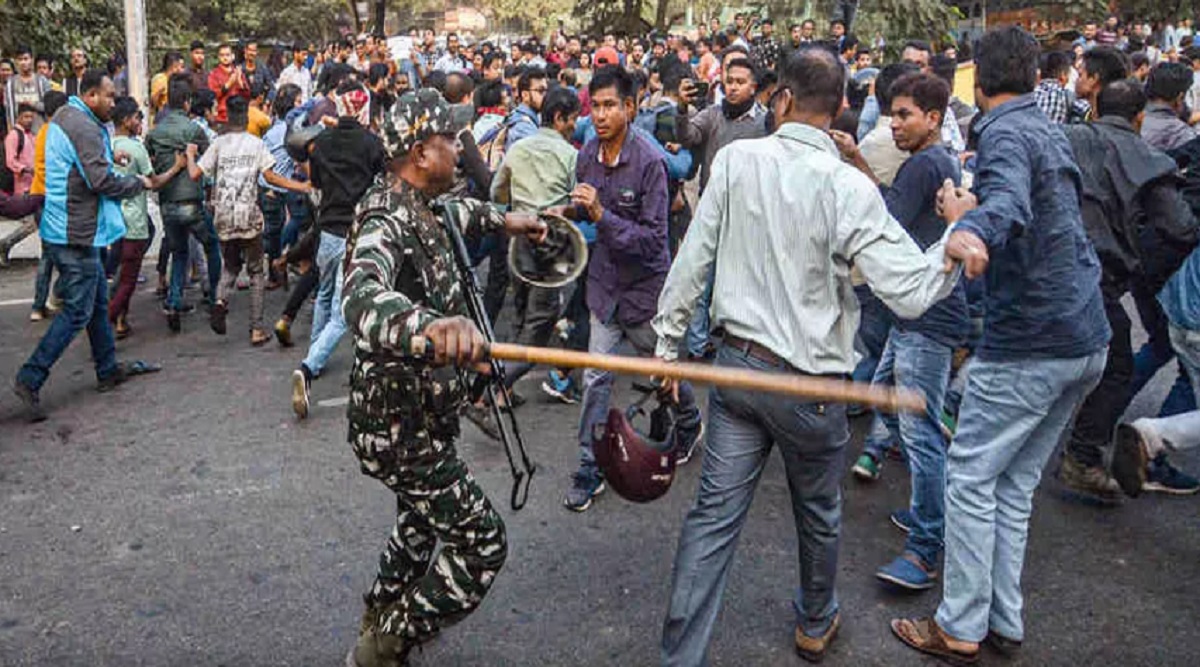 Why is Northeast Protesting Despite The Exemptions?

Despite the exemptions in CAB implementation, the Northeast is still up in protest as the Sixth Schedule and ILP does not cover all parts of the region. For instance, most of Meghalaya is covered under the Sixth Schedule but the state capital of Shillong falls out of its purview. Due to CAB, "Shillong with become a ghetto and a slum," said Congress MP from Meghalaya Wansuk Syiem while opposing the law in Rajya Sabha.

The area out of the purview in Sixth Schedule houses a large number of Bengali Hindu immigrants, with reports of celebrations also emerging from the region on Wednesday when the Rajya Sabha passed the CAB. 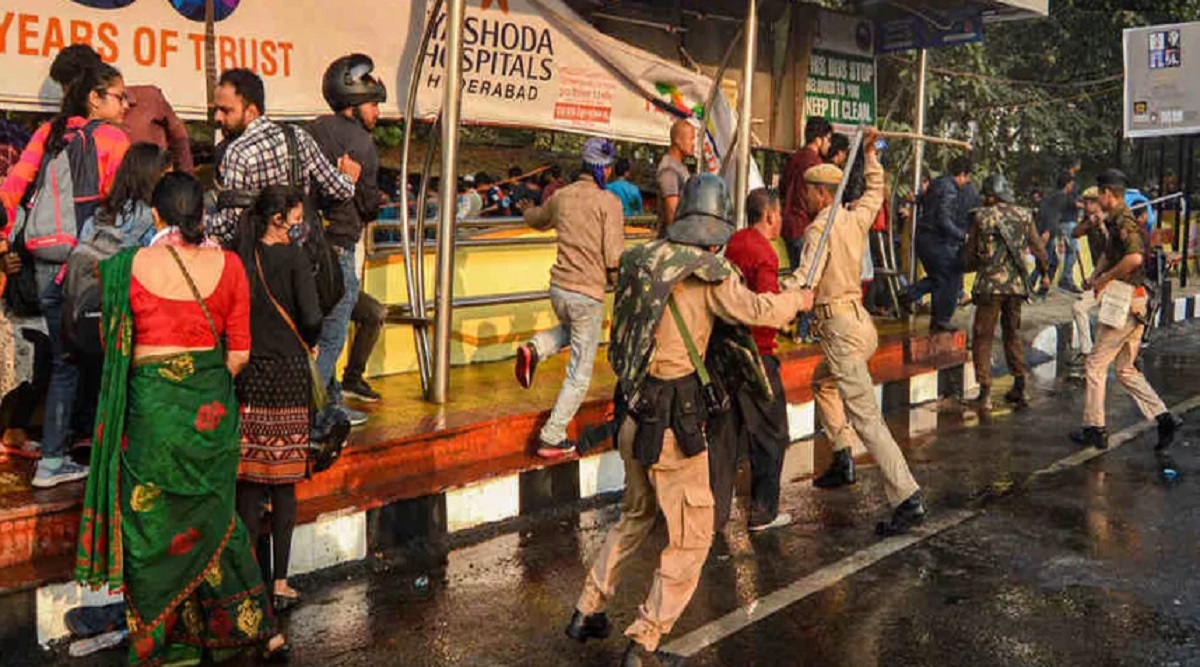 Protesters being chased away in Dibrugarh | (Photo Credits: PTI)

In neighbouring Tripura, 70 percent of the state - inhabited by tribals - falls under the Sixth Schedule. But the remaining 30 percent, which houses majorly the Bengalis, form the bulk of the population. Once the CAB is implemented, the tribals of Tripura - who are already in minority - would be further miniscule, claims the Indigenous People's Front of Tripura (IPFT), an ally of the state-ruling BJP.

The areas in Northeast which have recorded the least amount of protests against CAB are Arunachal Pradesh, Nagaland, Mizoram and Manipur. While students' unions and indigenous groups have rang an alarm bell, no major protests have erupted as the four states are "completely covered" under the ILP regime. For the remainder of Northeast, the exemptions given by the Centre are marred with conditions.

(The above story first appeared on LatestLY on Dec 12, 2019 01:16 PM IST. For more news and updates on politics, world, sports, entertainment and lifestyle, log on to our website latestly.com).