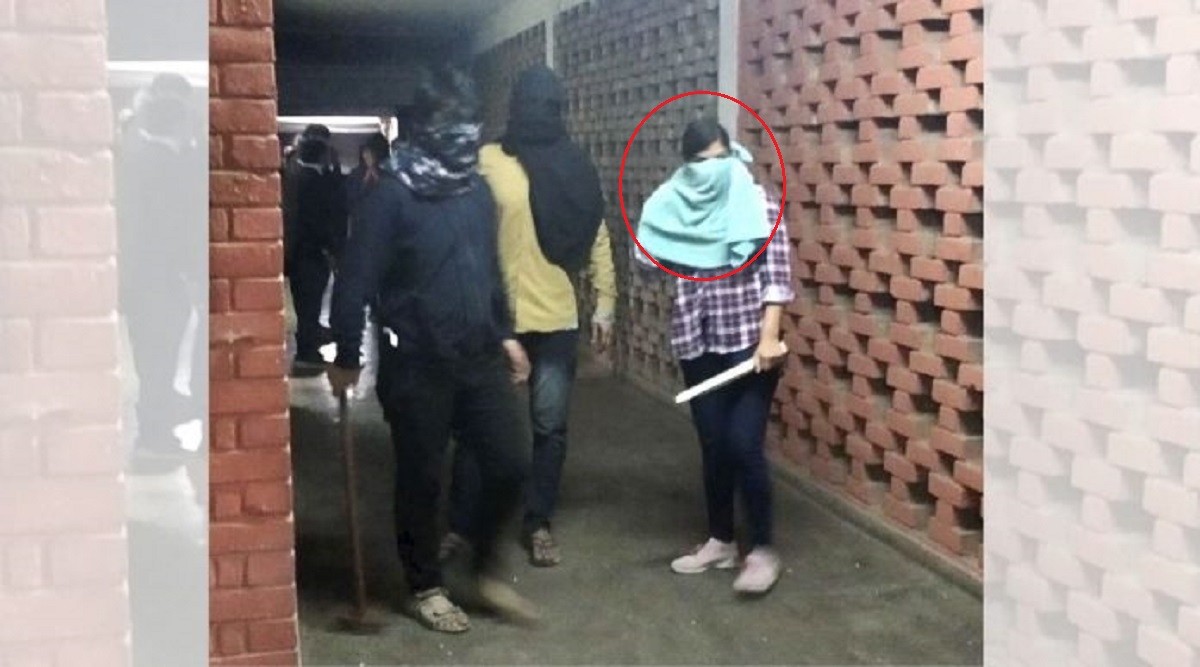 Delhi,  January 13: SIT team of Delhi Crime Branch has identified that the masked woman who was seen in videos of JNU Violence is from Delhi University. According to an ANI update, she will be soon served notice to join the investigation. The woman along with other masked goons had barged into Periyar and Sabarmati hostels and assaulted students and faculty, leaving 34 injured.

In one of the videos that went viral after the attack on the students,  a masked woman is seen wielding a stick and threatening students along with two other men inside Sabarmati hostel. Police even though has identified her as a student of Delhi University, but they did not name her. JNU Sting Operation: Masked Woman Seen in Violence Video is 'ABVP Member Komal Sharma', Reveals India Today Investigation.

Delhi Police: SIT team has identified that the masked woman who was seen in videos of #JNUViolence is from Delhi University. She will be soon served notice to join the investigation.

In an India Today sting operation conducted last week it was found out that the name of the masked woman was Komal Sharma and she is a member of Akhil Bharatiya Vidyarthi Parishad (ABVP) -- the students' wing of the Rashtriya Swayamsevak Sangh (RSS).

The channel had earlier identified first-year JNU student as ABVP activist Akash Awasthi, who admitted to his role in the violence on January 5. Awasthi not only confessed that he was involved in the violence but also claimed that Komal was among them.